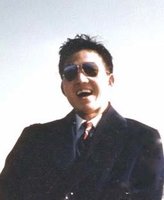 Mr. Simyung Kim, age 83, passed away peacefully on August 7, 2019 at his home in Tujunga, California. Born in Seoul, Korea on May 22, 1936 to a prominent South Korean family, he attended the prestigious all-boys Kyunggi High School, before emigrating at age 18, to the United States in 1954. He received his Bachelor of Science in Electrical Engineering from Worcester Polytechnic Institute and pursued graduate coursework in Chemical Engineering. He worked for many years in his long career in the solid state and semiconductor industry at P.R. Mallory & Company in Indianapolis, IN, the RCA Corporation in Somerville, New Jersey and the Digital Equipment Corporation in Marlborough, Massachusetts. After his retirement, he lived in Jefferson and Oakham, Massachusetts, where he enjoyed sharing morning coffee with his neighbors, gardening and playing poker with his friends. In 2016, he moved to the Los Angeles area, where he spent his final years with his family and high school friends. He was regarded as a maverick with an honest opinion, a sharp sense of humor and a deep sincerity towards his family and close friends—many of them lifelong. He was preceded in death by his mother and father, Jung Nam and Joong Wha Kim, his brother Ei Myung Kim, and his two infant children, Kenneth Yungju Kim and Karen Yungin Kim. His is survived by his two sisters, Nae Myung Kim and Woo Myung Kim, his son Kevin Yungsun Kim, his daughter Katherine Yungmee Kim, his daughter-in-law Annie Sullivan, his son-in-law Benjamin Levy, and his three grandchildren, Miles Akira Kim Parr, Dahlia Simone Kim Levy and Eitan Samuel Kim Levy. Funeral services will be held at 11:00 a.m. on Saturday, August 31, 2019 at the Kearns Funeral Home in Whitehouse, New Jersey, 08888. He will be laid to rest in a private burial at the Fairmont Cemetery, Califon, New Jersey, alongside his two beloved children, Kenneth and Karen. May he rest in peace.