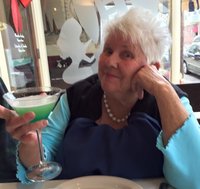 Born on January 27, 1939 in Dallas Texas, she was the daughter of the late Dorothy and Stuart John.

Barbara had a true love for gardening and for many years worked alongside her family in their business, Plant Place on Schooley’s Mountain.  Once she semi-retired, she took great joy in transporting special needs children to school.  She was an avid fisherwoman, loved sewing and was an amazing cook.  Most recently, while living in Warwick, Rhode Island she was an active member of the Warwick Senior Center.

A private family service will be held.

In lieu of flowers donations may be made through IN MEMORY OF at  https://inmemof.org/barbara-j-neely for the benefit of the Alzheimer's Association.