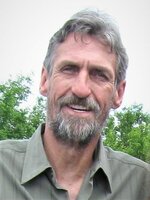 Robert John (a/k/a Bob) Neuhaus of Whitehouse Station, NJ died peacefully at home, this past week. He was 64 years old.

Bob was born in Bielefeld, Germany on December 31, 1957 and was raised in South Plainfield, NJ. He studied in Germany for 3 years in an Apprenticeship program designed for Mercedes Benz mechanics, attaining a degree. He served in the US Navy as a Rescue Swimmer in Pensacola, FL. Throughout his life he worked as an Auto Mechanic, and a Carpenter (specializing in Copper Roofs). He worked for Solberg Airport in Whitehouse Station assisting the family in various operations of the Airport for a number of years (much to his enjoyment) before becoming a short/long haul driver with US Express, allowing him to see more of the country.

A 30 year resident of Whitehouse Station, Bob was happiest being at home. He loved his pets, traveling, fishing, hiking, watching football and was an avid movie buff. His greatest joy was being a father. He was happiest having all the neighborhood kids come over so he could BBQ and be “Dad”.

He will forever be deeply missed by his daughter, Olivia Neuhaus, his wife Diane Neuhaus both of Whitehouse Station, his brother Pete Neuhaus of Washington, NJ along with a large extended family.

Private arrangements were handled by the Kearns Funeral Home in Whitehouse.  A memorial service will be announced at a later date.