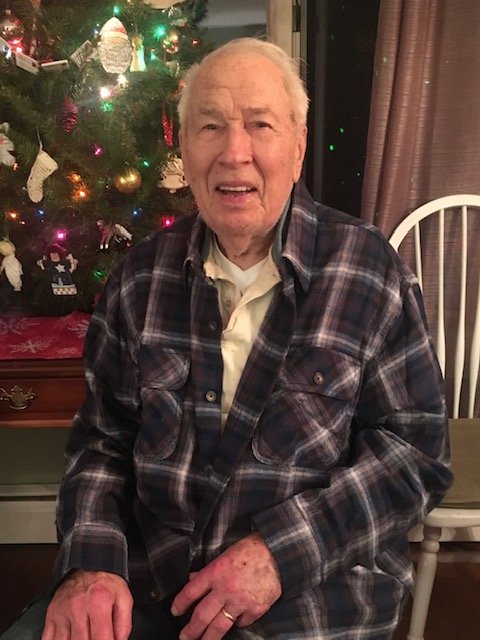 Born and raised in Pittsburg, PA, he was the son of the late Edward and Margaret Giel.

Bill had lived in Whitehouse Station for almost 30 years with his beloved wife, Jean, and was a devout member of Our Lady of Lourdes Parish. Following Jean’s passing, Bill moved to Clinton where he lived for 11 years. He then relocated to Milford to live with his son before moving to the senior home in Easton 2 years ago.

A proud veteran of the United States Army, Bill honorably served his country during WWII.

Bill obtained both his undergraduate and graduate degree from Pace University. He went on to work as a District Manager for AT&T, retiring in 1985. Upon his retirement he started his own company called Esoteric Endeavors, a generator and starter repair service business.

Bill was a man of many interests and talents. He kept his mind sharp and relished the chance to hold deep intellectual conversations with family and friends any chance he got. He enjoyed running, tennis, golf, woodworking and painting -- most of which he enjoyed into his 90’s. He had a beautiful voice, loved the theatre and participating in the church plays. Bill had a strict personal code that he lived by, “no idle time permitted.”

He was predeceased by his cherished wife, Jean, his son, Regis, his daughter, Pamela McGarrigal, his brother Edmund, and sister Marie.

He is survived by his two sons, William and James, and their wives, Prudence and Jackie, respectively, and by his 11 grandchildren and 8 great grandchildren.

A funeral liturgy will be held on Saturday, February 29, 2020 at 9:30 AM at Our Lady of Lourdes Church in Whitehouse Station.

Friends may visit with the family on Friday from 5:00 to 8:00 PM at the Kearns Funeral

Entombment will be in St. Magdalen’s Cemetery in Flemington.