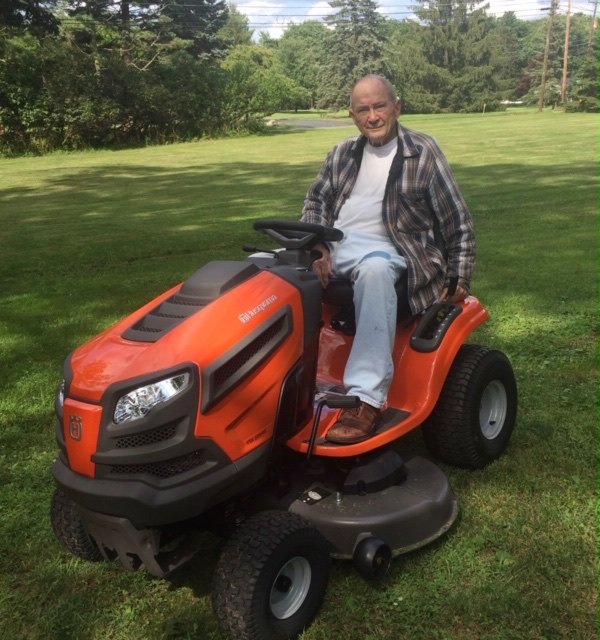 Obituary of Eugene B Stanley

Please share a memory of Eugene to include in a keepsake book for family and friends.
View Tribute Book
Eugene (Gene) Bernard Stanley, aged 93 of Whitehouse Station New Jersey passed away on April 2, 2020 in Hunterdon Medical Center in Flemington, NJ. He passed peacefully surrounded by his adoring family.
Gene was born in Jersey City to Joseph and Elizabeth Stanley on February 5, 1927.  He attended school in Jersey City and graduated from Dickinson High School in absentia, due to his military service  during World War II. Gene was a proud member of the US Navy, serving aboard the destroyer USS Haynsworth. Through out his life Gene was an active member of the Navy’s Tin Can Sailors veteran group and the American Legion.
Following his service in the Navy, Gene returned to school earning a degree in electrical engineering from Newark College of Engineering. He followed that with a Bachelor of Science degree from Jersey City State College.
Gene worked  36 years for RCA. He started in 1951 as an electrician at the plant in Harrison, NJ. He retired in 1987 as the Plant Manager of the RCA Global Communications facility in Piscataway, NJ.
On May 28, 1949, Gene married his life long love, Dolores (Duggan). Together they had five children, five grandchildren and three great grandchildren. Gene is predeceased by his wife Dolores, son Kevin (surviving wife Nancy), daughter Margaret, his parents and his six brothers and sisters.  Gene is survived by his daughters Christine Stanley (Joyce Rocko), and Lorraine Stanley, his son John Stanley (Becky), granddaughters: Lauren, Shannon, Meghan, Brenna and Elise Stanley, niece Sherri Smart, grand nephew Kevin Smart, and his great grandchildren Donte, Jacob and Faith Stanley.  He is also survived by his nieces and nephews whom he truly loved and cherished.
In lieu of flowers donations may be sent to IN MEMORY OF at www.inmemof.org/eugene-b-stanley for the benefit of St. Jude Childrens Research Hospital or the Veterans of Foreign Wars.
Funeral arrangements are being handled by Kearns funeral home in Whitehouse Station, NJ.  A Celebration of his 93 years of life will be held on Saturday, October 31, 2020 at Our Lady of Lourdes Church in Whitehouse Station, NJ.  Interment with military honors will be held at St. Bernard of Clairvaux Cemetery in Bridgewater, NJ  following the funeral liturgy.

Look inside to read what others have shared
Family and friends are coming together online to create a special keepsake. Every memory left on the online obituary will be automatically included in this book.
View Tribute Book
Share Your Memory of
Eugene
Upload Your Memory View All Memories
Be the first to upload a memory!
Share A Memory
Send Flowers
Plant a Tree