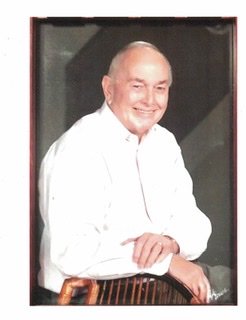 Dad was the eldest of 11 children and loved his family dearly.  He devoted his life to serving his Country, his Community and his Faith and was respected and loved by many.

He was educated at Rutgers University, New Hampshire College and the College of St Elizabeth in NJ.

He was a Veteran of the United States Army, serving as a Sea-Tac Airport Air Transportation Officer stationed at Camp Otsu, Japan as well as a former Newark, NJ., City Detective.

He was also a former Executive in the Newark, NJ, Plainfield, NJ and Greater Lawrence area of Massachusetts Chambers of Commerce and went on to be President of New Jersey Community Bankers where he retired after 28 years, then joining the Board of Director’s at Haven Savings Bank.  Dad also served as Chairman of the Hagedorn Psychiatric Hospital in Glen Gardner, NJ and was also Chairman of the Emeritus Center for Great Expectations.

After retirement, Dad was ordained to Permanent Deacon in the Diocese of Metuchen (NJ) on May 5, 1996 serving Our Lady of Lourdes Church in Whitehouse Station, NJ.  Upon his move to Florida, faculties were granted in the Diocese of Orlando for service at St Paul’s Roman Catholic Church in Leesburg, FL where he was also the Director of Ministry to the Sick. He was invested as Knight of Equestrian Order of Holy Sepulchre of Jerusalem, was a 4th degree Knight of Columbus, a Catholic Charities of Metuchen Honoree for Service, and a Trustee for Catholic Charities.

Sam was preceded in death by his parents, Antonette (formerly Esposito) and Joseph Damiano; his brothers Frank, Donald, and Robert Damiano; and his sister Julia Depack.

A Memorial Tree was planted for Samuel
We are deeply sorry for your loss ~ the staff at Kearns Funeral Home
Join in honoring their life - plant a memorial tree
Share Your Memory of
Samuel
Upload Your Memory View All Memories
Be the first to upload a memory!
Share A Memory
Send Flowers
Plant a Tree