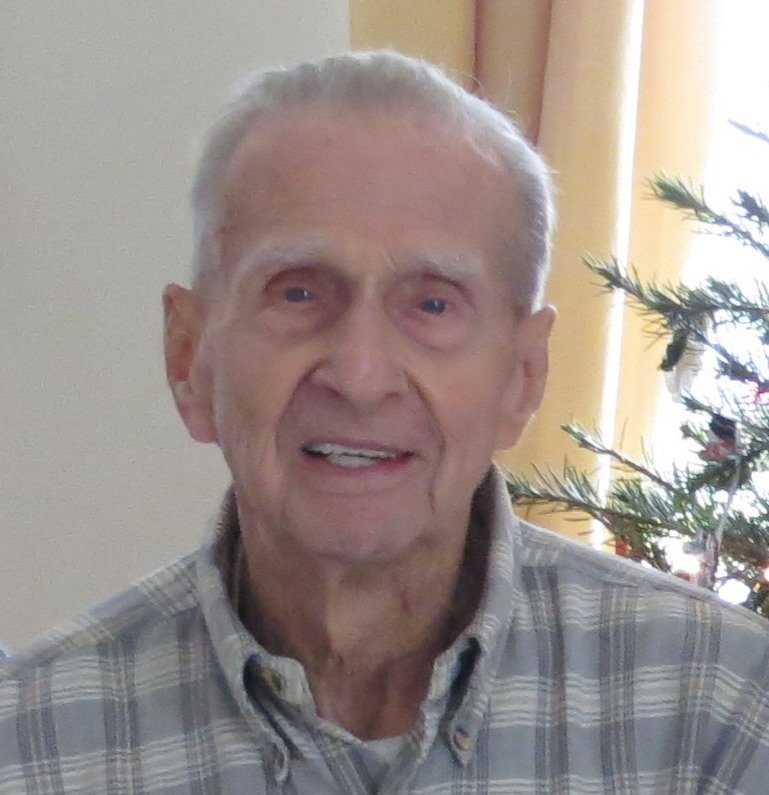 John Adam Caspar passed away Sunday April 26 at the age of 93. "Uncle Jack” was born in Newark and at the age of five moved to Verona, NJ. With the exception of his military service and college years, he was a lifelong resident of Verona.

When the Korean War began, Jack re-enlisted in the Navy and served as a Radioman aboard the destroyer U.S.S. Brinkley Bass (DD-887). The ship saw action in the Western Pacific.

At the conclusion of the Korean War, Jack began his engineering career working for the Curtiss Wright Corporation, eventually moving to Singer Kearfott (Special Products Division) in Little Falls, NJ.  It was here that he would spend his entire career designing numerous mechanical devices primarily for Defense Contractors such as Pratt & Whitney, Sikorsky, Martin Marietta, and Thiokol, among others.  During his career, he was awarded multiple patents including one for work associated with the development of the RamJet engine.

In his youth he liked to hunt and trap, and also enjoyed many years of bowling and skiing. As a boat owner, Jack was an avid boater and fisherman, and a member of the Belmar Fishing Club. Later in life, he could often be found assisting his family in home remodeling and repairs. Jack was the ultimate handyman and perfectionist.  There was virtually nothing that he couldn't build or repair; a true testament to a Charter Member of the "Greatest Generation."

Jack was predeceased by his older brother, Charles W. Caspar Jr.  He is survived by two nephews, William (Rose) Caspar of Whitehouse Station, NJ and Richard Caspar of Jupiter, FL, along with six great nieces and nephews.  Final internment will be at Restland Cemetery in East Hanover, NJ.

In lieu of flowers, donations can be made through IN MEMORY OF at www.inmemof.org/John-A-Caspar.org for the benefit of  the Cure Sanfilippo Foundation  or a Veterans charity of your choice. This is preferable to using the donation tab on the left.

Disclaimer:   The “Donate” button and “Plant a tree” button are placed here by the Tribute Store for your  convenience.  They are not the wishes of the family or funeral home.

A Memorial Tree was planted for Jack
We are deeply sorry for your loss ~ the staff at Kearns Funeral Home
Join in honoring their life - plant a memorial tree
Share Your Memory of
Jack
Upload Your Memory View All Memories
Be the first to upload a memory!
Share A Memory
Send Flowers
Plant a Tree