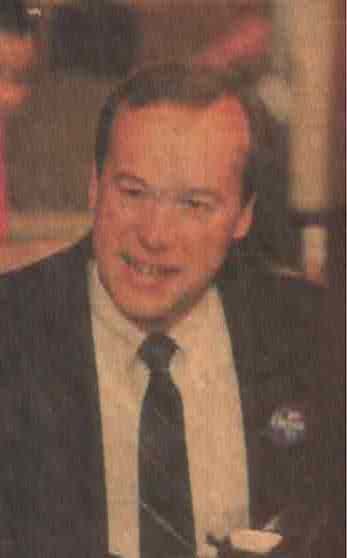 Please share a memory of Frank to include in a keepsake book for family and friends.
View Tribute Book

Born in Brooklyn, New York, he was the son of the late Victor and the late Mathilda (Gogol) Fuzo. He was raised in Whitehouse and had lived in Lambertville for 25 years before moving to Flemington.

He was the Senior Vice President for PNC Government Banking in Flemington for over 18 years.

Besides his parents, Frank was predeceased by his brother, John Fuzo, Warren, OH.

Frank is survived by his partner, Joni Krieg, and his daughter, Amanda McCaffrey (Ed). He is also survived by his precious grandchildren, Cooper and Tanner McCaffrey, his brother, Victor Fuzo (Jane), Roselle Park; his sister, Margaret Iwicki and partner, Dan Giles, Flemington; sister-in-law, Toni Fuzo, Warren, OH, and many nieces and nephews.

In lieu of flowers, the family requests that donations may be made through: In Memory Of at www.inmemof.org/frank-j-fuzo  in support of his grandson's college educations.

A Memorial Tree was planted for Frank
We are deeply sorry for your loss ~ the staff at Kearns Funeral Home
Join in honoring their life - plant a memorial tree
Share Your Memory of
Frank
Upload Your Memory View All Memories
Be the first to upload a memory!
Share A Memory
Send Flowers
Plant a Tree