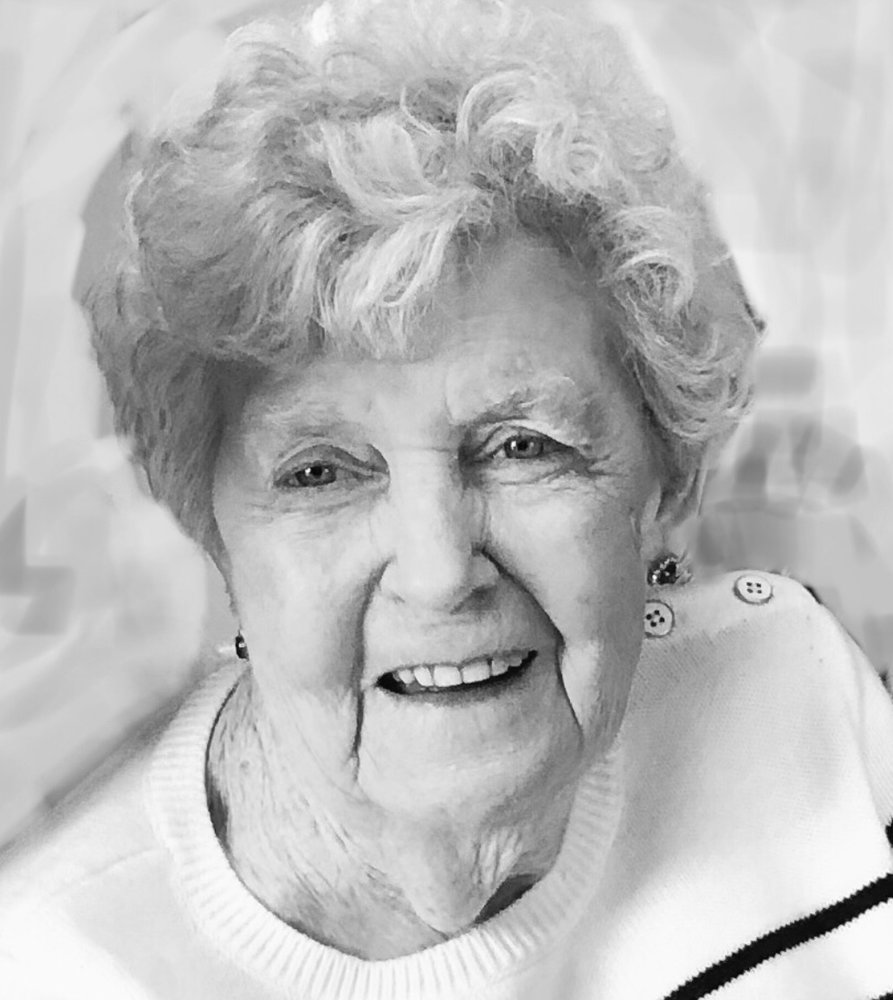 Obituary of Barbara A Barre

Please share a memory of Barbara to include in a keepsake book for family and friends.
View Tribute Book

Barbara Ann Barre of Lebanon, NJ, passed away peacefully at her home on Monday, July 6, 2020.

Born in New Brunswick, NJ she was the middle of three children to parents Edward James and Mary Catherine Reardon.

After attending St. Peter’s High School in New Brunswick, she worked as a secretary at the Federal Bureau of Investigation in Newark, NJ. After her time at the FBI, she worked at Johnson & Johnson and it was during this timeframe that she met her husband, George R. Barre. They were married on January 6, 1951, moved to Metuchen and started a family. They were married until George’s passing in 1979. She always joked that he caught her attention due to his striking resemblance to Frank Sinatra.  After George’s passing Barbara spent many years living in Bayville, NJ where she spent her days by the bay and beach and volunteering at Ocean Medical Center.

After moving to Tewksbury to be closer to family in 2005, she became an avid bridge player, having been a member of several community bridge groups over the last few years. She was a member of the Woman’s Club of Tewksbury Township for many years where she served as a corresponding secretary. Barbara led the distribution of holiday cards and monthly birthday cards to nursing homes in the area. She enjoyed going to the theatre and listening to music, her favorite artist, of course, Frank Sinatra. She adored the movies, any excuse to go shopping, and dining out with friends and family. She loved to travel and would do so every chance she was able.

Above all, she was a permanent fixture in her grandchildren’s lives, never missing an opportunity to spend time with them at graduations, holidays, weddings, on vacation and birthday celebrations throughout their lives.

Barbara was predeceased by her husband George R. Barre and her brothers Edward J. Reardon and Thomas J. Reardon.

A celebration of Barbara’s life will be held at a later date. In lieu of flowers, please consider donating to the Oldwick Fire Company at https://www.ofc24.com/ or the Tewksbury Rescue Squad at http://tewksburyrescue.us/ in Barbara’s honor.

Look inside to read what others have shared
Family and friends are coming together online to create a special keepsake. Every memory left on the online obituary will be automatically included in this book.
View Tribute Book
Share Your Memory of
Barbara
Upload Your Memory View All Memories
Be the first to upload a memory!
Share A Memory
Send Flowers
Plant a Tree