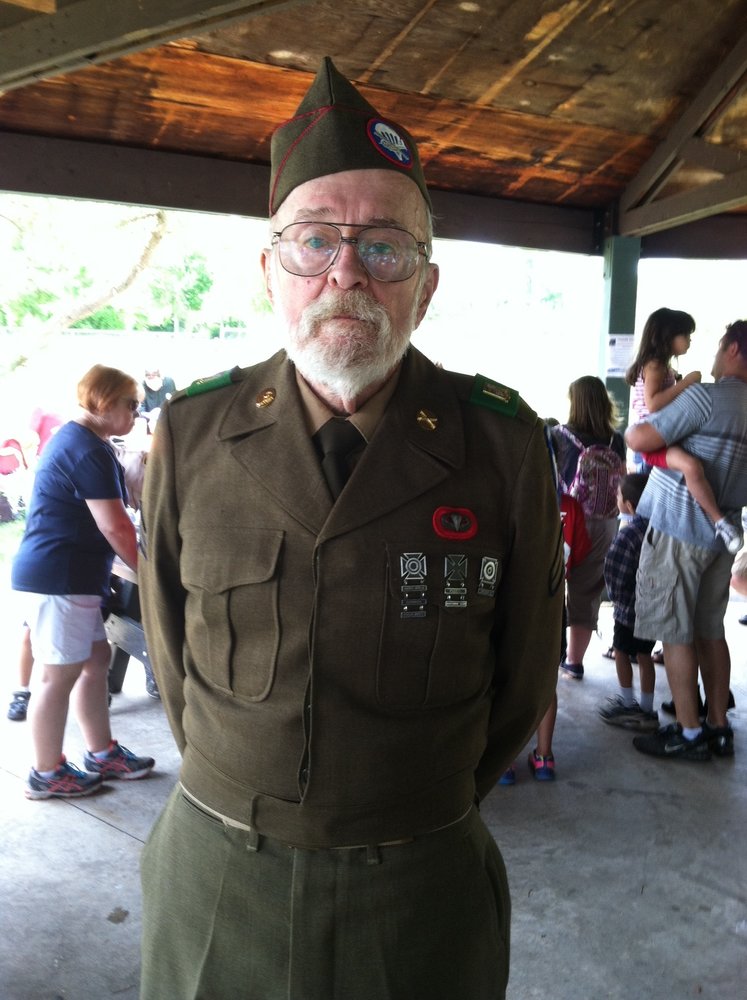 Obituary of Richard A Jensen

Born in Baltimore, MD, he was the son of Anders and Katherine (Watts) Jensen.

From an early age, Dick loved the water. He was an effortless swimmer who spent many a youthful summer in Ocean City, MD swimming, sailing and working on the charter fishing boats.

He was a proud veteran of the United States Army’s 11th Airborne Division 89th Artillery Unit who specialized in rifle training and who much later on became an active member of the local American Legion, Post 284 in Whitehouse.

After the Army, Dick married Gloria MacGregor and later moved to New Jersey but the marriage did not endure.  Dick spent much of his professional career as a Combustion Engineer and lived in West Orange, Irvington and North Plainfield. It was during this time he met his true love Peggy Ann and began a relationship that lasted 52 years, 48 as Man and Wife.

In 1981 Dick and Peggy Ann moved to their beloved Nether Moor farm in Readington Township where they have spent the last 39 years enjoying the unique lifestyle that land provides and is the essence of whom they are.

DIck was a resourceful man of keen intellect and ready wit who enjoyed history, reading, mechanical pursuits, lively conversations and time with family and friends. Dick’s idea of sport was doing the NY Times Sunday crossword in ink. He truly was an endless source of counsel and wisdom to all whom knew him; talking to him was the intersection of Wikipedia, Google and Trivial Pursuit, all well before they existed and already is greatly missed.

He is survived by his beloved wife, Peggy Ann; his daughter, Janice Gadelha of FL; his son, Lee Jaffe (and Lorie) of Clinton; his four grandchildren, Christofer (and Naseem) Gadelha,  Elissa Gadelha,  Gianina Gadelha and Pauline Jaffe, as well as one great grandchild, Shawn Gadelha.

A Celebration of Richard’s Life will be held on Sunday July 26th at 2pm. It will be done online via Zoom. Specific links to the event and or videos will be added or distributed as we get closer to the date.

A Memorial Tree was planted for Richard
We are deeply sorry for your loss ~ the staff at Kearns Funeral Home
Join in honoring their life - plant a memorial tree
Share Your Memory of
Richard
Upload Your Memory View All Memories
Be the first to upload a memory!
Share A Memory
Send Flowers
Plant a Tree