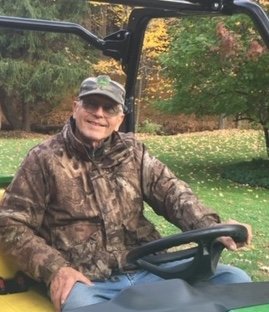 Please share a memory of William to include in a keepsake book for family and friends.
View Tribute Book

William “Bill” Hendershot, passed peacefully at his home on July 23, 2020.

Born April 9, 1930, was raised in Bridgewater NJ, which in those days was considered rural and offered an abundance of Open Space. He explored the woods and fields surrounding his grandparents’ “ Miller Homestead”. It was here that he developed his lifelong passion for the Natural World, which he nurtured  by becoming an avid Sportsman and Outdoorsman, beekeeper, orchardist and gardener.

He attended Rutgers Ag School prior to being drafted to fight in the Korean war.  He was honorably discharged 1952 after serving in the Air Force and held the rank of Sergeant.

After the war he joined his Grandfather Miller’s construction business and soon branched out to start Hendershot Construction, which he expanded into a Custom Building Business. His keen, inventive mind propelled him to excellence and he enjoyed a solid reputation as a Master Builder for decades. The family building tradition is continued by Bill, Jr, who owns Hendershot Construction Co., Inc.

After Bill’s retirement he became a “gentleman” farmer in Bethlehem Twp., where he indulged his passion for the outdoors on 100+ acres of woodlands and hayfields.  As was the case with every enterprise he was involved with, he took meticulous care of his beloved “ Brookside Farm” during his stewardship.

He was a member of the National Woodland Owners Association and New Jersey Forestry Association.

Above all, Bill was a true gentleman, a genuine human being, and devoted father and husband. He is survived by his wife Elke and children Nancy Haines ( Glen Haines)and Bill Hendershot, Jr, (Tracy Hendershot), stepdaughters Pia and Sonja Gschossmann, 5 grandchildren Scott Haines  and Michael Haines, Will, Emily and Jake Hendershot and 2 great-grandchildren Riley Prato, and Jackson Haines.

In lieu of flowers or those wishing to honor Bill, memorial donations may be made through In Memory Of at www.inmemof.org/william-h-hendershot for the benefit of Hunterdon Hospice for the exceptional care and support they provided the family.

Look inside to read what others have shared
Family and friends are coming together online to create a special keepsake. Every memory left on the online obituary will be automatically included in this book.
View Tribute Book
Share Your Memory of
William
Upload Your Memory View All Memories
Be the first to upload a memory!
Share A Memory
Send Flowers
Plant a Tree