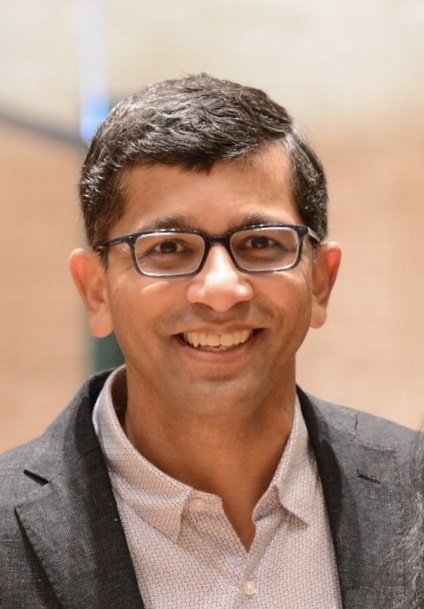 Please share a memory of Dominic to include in a keepsake book for family and friends.
View Tribute Book

Born in Bombay, India, he was the son of Daniel Louis and Lucy (Dsouza) Serrao.

Dominic lived in Somerset before moving to Whitehouse Station in 1999.

He worked as the Finance Director of the Americas for Dell Technologies Inc. in Warren.

Dominic was a reverent parishioner of Our Lady of Lourdes Church in Whitehouse Station. He was a faith filled man with a true devotion to the Blessed Mother. He enjoyed traveling and exploring new places. A passionate photographer, he was known for early risings or late evenings in his quest to capture the best shot. He had the ability to make everyone laugh with his jokes and had such a curiosity for the world. He never stopped learning, and the people around him never stopped learning from him. Dominic valued his family above all else and was so very proud of his children.

Along with his parents, Dominic is survived by his beloved wife of 24 years, Matilda; his children, Danielle and Christopher; his brother, Rudy and his wife, Flavia of Basking Ridge; his sister, Veronica Pinto and her husband, Clarence of India as well as several nieces and nephews.

A funeral liturgy will be held on Friday at 9:30 AM at Our Lady of Lourdes Church, Whitehouse Station.

Burial will be in Immaculate Conception Cemetery, Annandale, NJ.

In lieu of flowers donations may be made through IN MEMORY OF at www.inmemof.org/dominic-serrao for the benefit of the Blue Army Shrine.

Please note: There will be no services held on Thursday, August 27.  The funeral mass and burial will be held on Friday, August 28.

Look inside to read what others have shared
Family and friends are coming together online to create a special keepsake. Every memory left on the online obituary will be automatically included in this book.
View Tribute Book
Share Your Memory of
Dominic
Upload Your Memory View All Memories
Be the first to upload a memory!
Share A Memory
Send Flowers
Plant a Tree