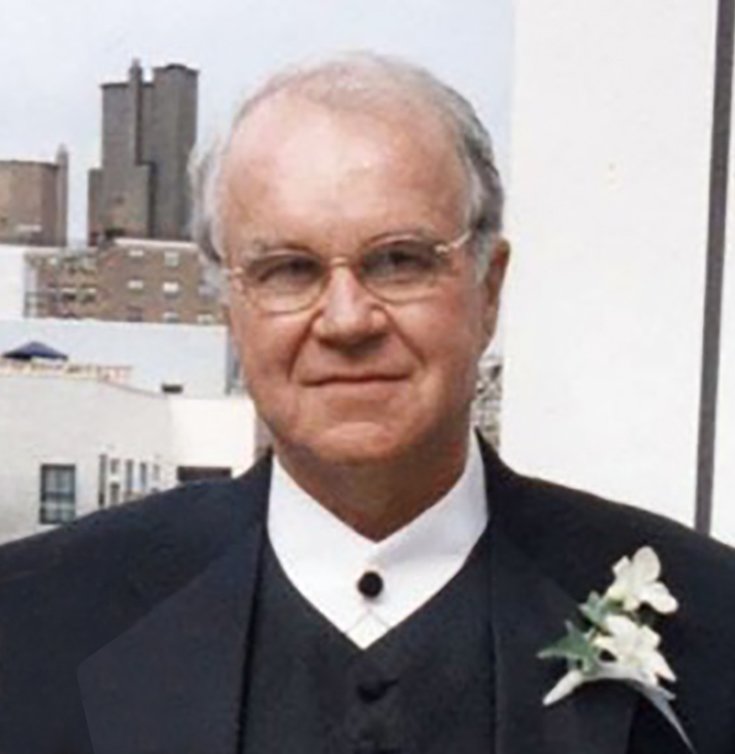 Please share a memory of Richard to include in a keepsake book for family and friends.
View Tribute Book

After a prolonged illness, beloved husband and father Richard Delnevo passed away peacefully at age 89 in his home on Christmas Day.  His wife Maggie and daughters Kim, Cheryl, and Deborah present the following obituary, which Dick wrote himself.

Richard Bush Delnevo of Whitehouse Station passed away on Friday, December 25, 2020 at the age of 89.

Dick was born on November 6, 1931 in Orange Memorial Hospital  to Elvira (Bush) and Louis Delnevo.  He was the cherished husband of Marguerite (Maggie) Small Delnevo for over 65 years.

Dick was inducted into the West Orange Hall of Fame for his ability on the football field where he played three years as a varsity fullback and linebacker. He also boxed in many club fights and, as a 15 year old, sparred with the heavyweight contender of the world Tony Galanto at the Orange YMCA.

Dick graduated from Seton Hall University with a BA in Management and received his infantry Commission in the US Army. He went on to win his wings as an army aviator in both fixed wing aircraft and helicopters. He was also the commanding officer of a training company at Fort Dix. While commanding officer, he received commendations from both the post and regimental commanders for superior service. Three different training companies under his command broke the post proficiency record, which no other company had ever done before. He was also the personal pilot for Major General Berquist. While flying the general to a meeting at 1st Army Headquarters on Governors Island NY, he encountered engine problems and was forced to make an emergency landing at Fort Wadsworth in Staten Island, an oil line had broken and he estimated that he had about two minutes of flying time left, which would have placed him in the middle of the Hudson River. Dick spent a total of 14 years on active and reserve duty.  After his service, Dick continued to fly, holding commercial pilots’ licenses for both fixed wing aircraft and helicopters.

At the conclusion of his active duty he joined the New Jersey Bell Telephone company, sold yellow page advertising and became their top salesman. Dick held various marketing jobs and then became the national sales manager for the Xidex Corporation, a Fortune 500 company out of Sunnyvale California in the Silicon Valley.  Dick was active with the National Microfilm Association and was elected to the President of the New Jersey Chapter for Information and Image Management and the Vice President of the New York Chapter.

Dick retired from the Xidex Corp. and worked as a consultant to the James River Corp., then started his own business which he later sold to James River Graphics.

Dick and Maggie always had a love of animals and became docents at the Turtle Back Zoo. In addition to conducting live animal classes and going on outreach programs, he ran the zoo store and drove the train. He served as the vice president of the Zoological Society of New Jersey.

He will be missed by his many friends.

He had a full, enjoyable life with many accomplishments; the one he treasured most being his marriage. He leaves behind his beautiful wife Maggie along with his three children: a teacher, a eucharist minister with a dog grooming business, and an architect, as well as three grandchildren who excelled in school, sports, and became good solid citizens. He always said he was blessed to have had the love and support of such a beautiful family.

In lieu of flowers please make donations to the Turtle Back Zoo in West Orange, NJ. https://store.zoologicalsocietyofnj.org/singlepage/donation

Look inside to read what others have shared
Family and friends are coming together online to create a special keepsake. Every memory left on the online obituary will be automatically included in this book.
View Tribute Book
Share Your Memory of
Richard
Upload Your Memory View All Memories
Be the first to upload a memory!
Share A Memory
Send Flowers
Plant a Tree