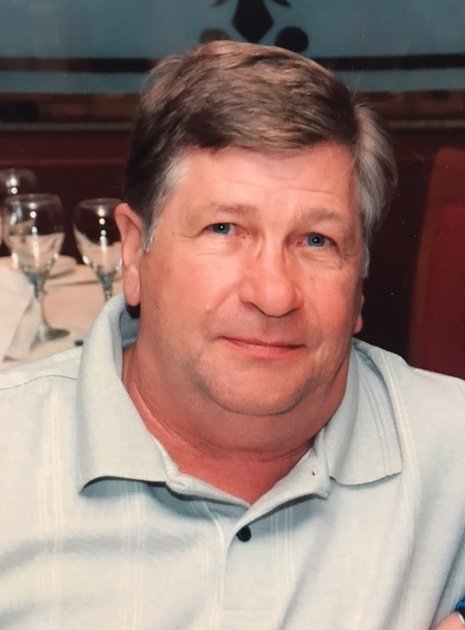 Please share a memory of Travis to include in a keepsake book for family and friends.
View Tribute Book

Born in Newark, NJ he was the son of the late Travis and Evelyn Slaughter.

Travis was a longtime resident of Hunterdon County.

He worked as a police officer for the Borough of Flemington for 20 years.  Following his early retirement, he later work for George Schofield Stone Center in Bridgewater until his retirement in July 2020.

Travis loved spending time outdoors boating and fishing; however his most cherished times were spent with his family and grandchildren.

Travis was predeceased by his beloved wife of 42 years, Kathleen in 2015.

He is survived by his two sons, Jason of Phillipsburg and Travis III of Whitehouse Station, his daughter, Dawn Dorf and her husband, Dan of Whitehouse Station, his four grandchildren, Tucker Dorf, Travis P. Slaughter, Jacob Slaughter, and Shelby Dorf as well as 1 great grandchild, Carson Dorf.  His Is also survived by his brother John along with his sisters Cathy, Terry, Linda, Dale and many beloved extended family members.

A graveside service will be held on Monday, January 18, 2021 at 11:00 AM at Rural Hill Cemetery in Whitehouse.

Look inside to read what others have shared
Family and friends are coming together online to create a special keepsake. Every memory left on the online obituary will be automatically included in this book.
View Tribute Book
Share Your Memory of
Travis
Upload Your Memory View All Memories
Be the first to upload a memory!
Share A Memory
Send Flowers
Plant a Tree