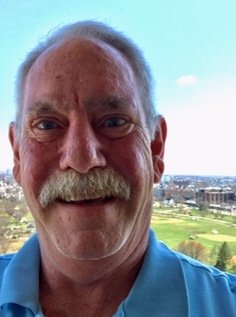 Please share a memory of Alan to include in a keepsake book for family and friends.
View Tribute Book

Born in Summit, New Jersey, he was the son of the late Daniel Kovach and the late Eleanor Doris Wilson. Alan lived in Florida and Brick, NJ before moving to New Brunswick in 2006.

He was last employed as a draftsman, employed by Aztec Corporation in Iselin, NJ.  He had worked for several Architects previously.

Alan enjoyed being on the water and boating, music, and older cars.  He was the proud owner of a 56 T-Bird and a 1994 Trans AM.  He also had a special place in his heart for his dog, Penelope. He was a generous, considerate, and kind person and will be missed.

Alan was predeceased by his brother, Daniel J. Kovach.

He is survived by his brother, Donald Steven Kovach and Janice Kovach of Whiting and his two sisters, Pamela Lynn Kovach and Edward Muller of New Brunswick and Barbara Jane Hochman of Whitehouse Station; his niece Jessalyn Champignon of Pittsburgh, PA., and also by his former wife Susan Taylor Kovach of Seaside Heights and his good friend Susan Munson, of Old Bridge.

Private services have been entrusted to the Kearns Funeral Home, Whitehouse.

Look inside to read what others have shared
Family and friends are coming together online to create a special keepsake. Every memory left on the online obituary will be automatically included in this book.
View Tribute Book
Share A Memory
Send Flowers
Plant a Tree