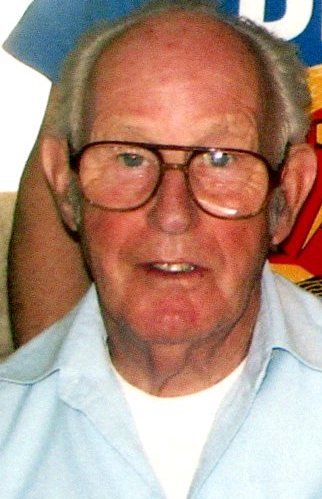 Please share a memory of William to include in a keepsake book for family and friends.
View Tribute Book

Born in Morris Plains, NJ he was the son of the late Neilson and Ida Tourjee.

William lived in Morristown before moving to Oldwick in 1968.

A Veteran of WWII, he enlisted in the Navy at the age of 17.  He served on the aircraft carrier the USS Lexington and repair ship the USS Ajax.

In William’s younger days he was an avid competitive speed skater, traveling throughout the country winning many trophies and awards.  He had an impressive collection of antiques and was a voracious reader.  His favorite author was Louis L’Amour, and he had a large collection of his books.  He loved hunting and fishing and was an AKC breeder of beagles.

He was predeceased by his cherished wife, Doris in 1995; his daughter. Doris in 2020 and by his 10 siblings, Neilson, Mildred, Arthur, Marion, Viola, Althea, Madeline, Richard, James and Irene.

Friends may visit with the family prior to the service from 10:00 to 11:00 AM.  The service will be livestreamed for those unable to attend and can be accessed through the following link: livestream.com/aritonvideolive/tourjee

In lieu of flowers donations may be made through IN MEMORY OF at www.inmemof.org/william-w-tourjee for the benefit St. Jude Children's Research Hospital.

Look inside to read what others have shared
Family and friends are coming together online to create a special keepsake. Every memory left on the online obituary will be automatically included in this book.
View Tribute Book
Share Your Memory of
William
Upload Your Memory View All Memories
Be the first to upload a memory!
Share A Memory
Send Flowers
Plant a Tree