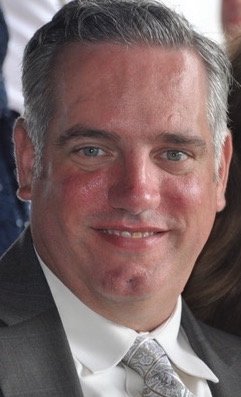 Please share a memory of Seth to include in a keepsake book for family and friends.
View Tribute Book

Please click on the link below to view the service at the funeral home.

Born in Plainfield, he was the son of Francis and Mary Elizabeth (O'Brien) Mastropaolo. Raised in NJ, Seth lived in Massachusetts for five years before moving to Whitehouse Station 16 years ago.

He was a proud veteran of the United States Marine Corps. and served on the USS Nimitz.  In 1999 he began a successful career as a Special Agent for the Bureau of Alcohol, Tobacco and Firearms. He was the recipient of numerous awards and commendations throughout his career.

Seth was a history buff, and enjoyed spending time outdoors doing yard work or driving top down in his 69’ Firebird. Seth was also an avid NHL and NJ Devils fan but most enjoyed watching his kids pursue their passions, including hockey and traveling with them to tournaments etc.

He is survived by his loving wife of 20 years, Carrie; his two children, Nicolas and Katherine both at home; his parents, Francis and Mary Elizabeth Mastropaolo of Macungie, PA; his two sisters, Elizabeth Oulton and her husband, Jeffrey of Downingtown, PA and Sarah Phenneger and her husband, Stephen of Upper Saucon, PA and by his four nieces, Abigail, Rebecca, Emily, Eliza and two nephews, Michael and James.

Look inside to read what others have shared
Family and friends are coming together online to create a special keepsake. Every memory left on the online obituary will be automatically included in this book.
View Tribute Book
Share Your Memory of
Seth
Upload Your Memory View All Memories
Be the first to upload a memory!
Share A Memory
Send Flowers
Plant a Tree