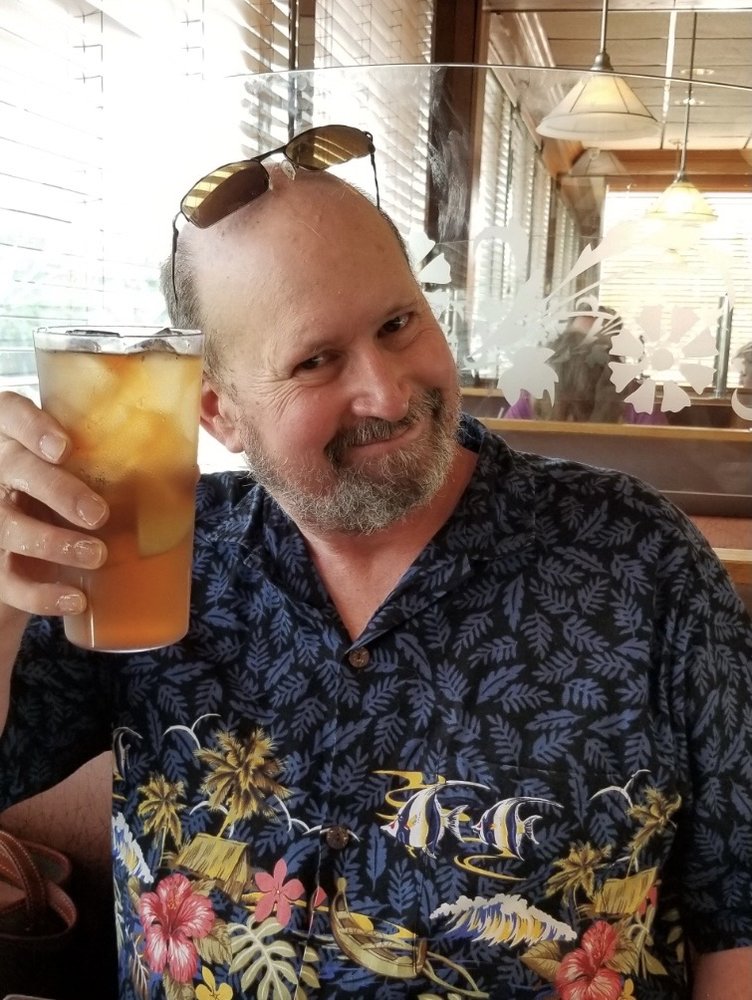 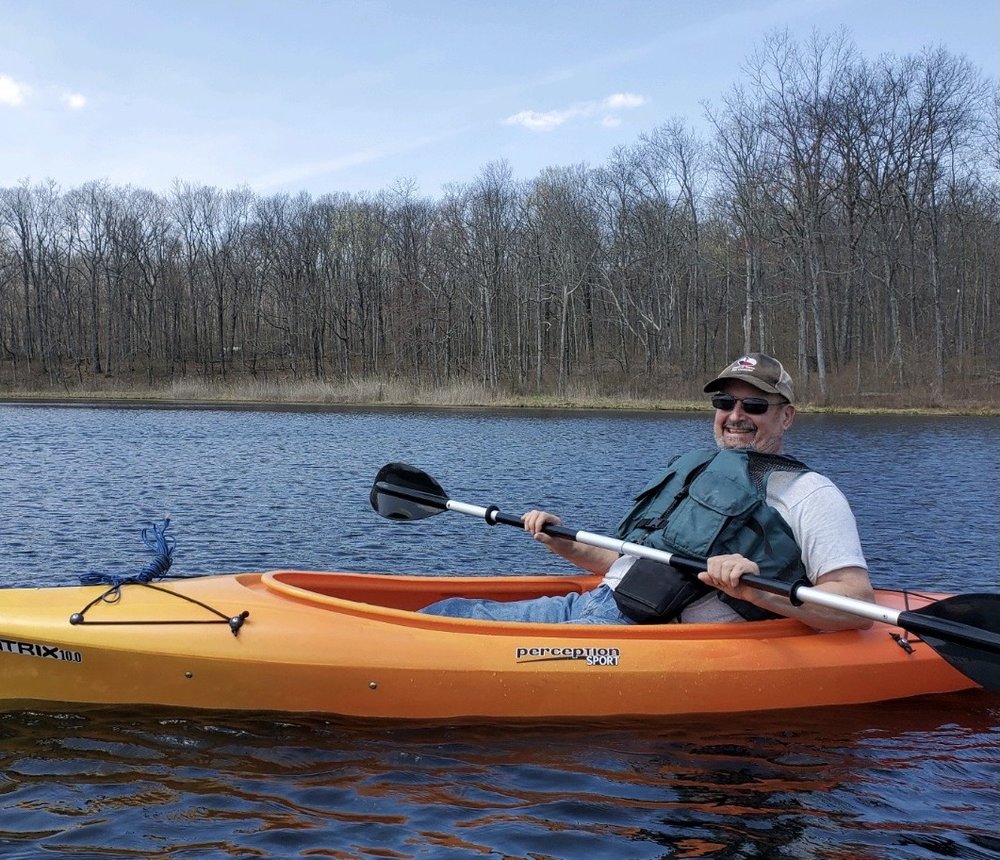 Obituary of Kenneth A Dominko

Please share a memory of Kenneth to include in a keepsake book for family and friends.
View Tribute Book

Kenneth Andrew Dominko, age 66 of Washington, NJ, died Sunday, June 27, 2021 at Robert Wood Johnson University Hospital in New Brunswick, NJ. Ever a giver, Ken was an organ donor and was able to give someone the gift of sight.

Born in Somerset NJ, Ken was the son of the late Eugene and Florence (Martin) Dominko of Clinton Township. He lived in Middlesex before moving to Clinton Township in 1964. He was an Eagle Scout and had the opportunity to travel to Japan for the 13th World Scout Jamboree in 1971. He graduated from North Hunterdon High School in 1972 (although there is some discrepancy as to how many summer classes he needed to take in order to graduate on time). However, Ken never stayed in one place for too long. His travels took him from Mandeville, Louisiana to Playa del Carmen, Mexico, from Ft. Lauderdale, Florida to the North Sea. He finally landed in Washington, NJ in 2013 in a place that was perfect to watch the sunset over the mountains each and every night.

Ken, or Diver Dan, first worked as a commercial deep-sea diver for Taylor Diving and Salvage in Belle Chasse, Louisiana. Some of his best stories were from the jobs that he went on in his diving career and where phrases such as “depth before dishonor” and nicknames like “black water man” were coined. There are rumors that he may have attended a Mardi Gras celebration or two while living in Louisiana. He then began working as a commercial truck driver, first for H&S Logistics and then Kraft Foods for 25 years. Following that, he took a job moving satellite trucks for sporting and entertainment events for National Mobile Television and then NEP Supershooters, including working Sunday and Monday night football. Ken loved to share about the time he accidentally bumped into Eva Longoria at one job site; he profusely apologized to her without reacting to the celebrity. When she said “do you know who I am?” he responded with “no ma’am, I don’t.” When it came time for a job closer to home, he became a truck driver for Toys ‘R’ Us. Having spent many years driving across the country, Ken was your go-to man for directions to anywhere in the country or for restaurant recommendations to the most obscure places. He was famous for stopping in on friends and family in Oklahoma, Nebraska, West Virginia, or the Florida Keys because he was “in the neighborhood”. Ken thoroughly enjoyed driving across the continent which earned him the nickname of “007” or “Ken on the Go” because you could never be quite sure where he was. Around the holidays, a family or friend’s birthday, or just because, Ken had an innate ability to give the most unique of gifts (he would never divulge where he found it, only that he “found it in his travels”). If Ken found out your favorite sports team, hobby, or TV show, there were no holds barred when it came to his gift finding and giving skills. Not one to sit still for long, Ken also had a local handyman business where he taught his daughter the ins and outs of wall painting, driveway sealing, and gutter cleaning (much to her chagrin).

Ken was a consummate storyteller, avid reader, music aficionado, binge watcher of Ancient Aliens, the Simpsons, and a notorious collector of all things. He had a fondness for all manner of cuisine, but nothing compared with the Pasta Fagioli from Brasserie 513, a Jamocha shake from Arby’s (which Ken discover can be made at home or the local diner with a vanilla milkshake, chocolate sauce, 4 or 5 "blup, blup, blups" of coffee, and some Bailey's if you're brave enough), or an icebox cake for his birthday. What was a four course meal for one was just an appetizer for Ken. However, any dishware that was used needed to be washed by hand because one needed to “learn to appreciate the dishwasher.”

Having lived what feels like 100 lifetimes in one, Ken always had a story for every occasion with new details added every time he told it to those who would listen, as “communication is the heart of everything.” Ken’s love for dogs was immeasurable. He was everyone’s first choice for a dog sitter when friends and family took a vacation or needed a night away. When Ken needed to get away, making sure he was “taking care of #1” (something he frequently reminded everyone to do), he would often be found in the woods camping and kayaking with his friends or driving to the beach to catch the sunrise. But when help was needed, Ken was always the first to arrive and would give you the shirt off his back (with two more to spare in the van, just in case someone else needed one too). Ken was a kid at heart and would often remind others of the fact that he went to Walt Disney World, or Wally World, the first year it opened in 1971 and for their 25th anniversary celebration in 1997.

Ken is predeceased by his parents. He is survived by his daughter, Melanie C. Dominko-Richards of Clinton; his three brothers, Robert S. Dominko, his wife, Susan of Lenoir, NC, and their children Sarah Dominko, and Andrea Dominko; Eugene J. Dominko Jr. and his partner, Bobbi Collins of Ft. Pierce, FL; and Thomas L. Dominko, his wife, Arlene of Hampton, and their children Stephanie Ramos-Dominko and Dan Ramos-Dominko, and his wife Sandra Ramos-Dominko. It would be remiss not to point out that Ken was the youngest of four boys until the arrival of his “mean baby sister” who knocked him out of his rightful place: the coup d'é·tat was arranged by Kathryn M. (Dominko) Ciesla, who is married to her husband, John of Phillipsburg, NJ, and their children Michael Ciesla and Jessica Ciesla. He was fortunate enough to also have three wonderful great nieces, Kailey Dominko, Aaliyah Dominko, and Madelyn Ciesla. Uncle Kenny, as he affectionately known, is also survived by his beloved granddog Arnold the Corgi and his many furry nieces and nephews (who he made sure never missed a chance for a dog treat).

A life celebration, including food, music, and the sharing of stories and memories, will be held on August 14th at a location to be announced at 4:00pm. All those who knew and loved Diver Dan are welcome. For all attendees, Hawaiian shirts are the requested attire, participation in single malt whiskey libations is highly suggested, and enjoyment of the sunset is paramount. In lieu of flowers, donations can be made to the Deborah Hospital Foundation.

One can only imagine where Ken is going on his next big adventure.

Look inside to read what others have shared
Family and friends are coming together online to create a special keepsake. Every memory left on the online obituary will be automatically included in this book.
View Tribute Book
Share Your Memory of
Kenneth
Upload Your Memory View All Memories
Be the first to upload a memory!
Share A Memory
Send Flowers
Plant a Tree