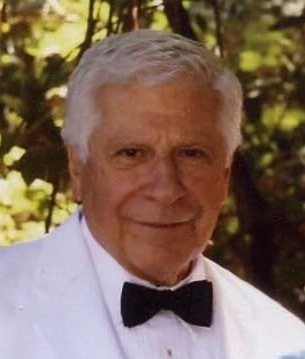 Please share a memory of Thomas to include in a keepsake book for family and friends.
View Tribute Book

Thomas J. Potenza, age 91 of Clinton Township, died surrounded by his loving family, on Saturday, July 3, 2021 at his home in Lebanon.

Born in Brooklyn, NY, he was the son of the late Thomas and Jenny (Bova) Potenza.

Tom lived in Scotch Plains before moving to Hunterdon County in 1976.

He was a proud veteran of the United States Army and was stationed in Alaska during the Korean War.

He worked as a National Credit Manager for Ipco Hospital Supplies in Dunellen.

Tom was a longtime member of Our Lady of Lourdes Church in Whitehouse Station where he served as a Eucharistic Minister and was a 4th Degree in the Knights of Columbus Council 6930. He volunteered at the Office of the Aged, was a Poll Worker and was a member of the American Legion, Post 284.

There aren’t adequate adjectives to describe what a wonderful, kind, and genuinely nice man Tom was.  He loved telling stories, meeting and talking to people and relaxing with a glass of good scotch.  His number one priority was his family, and he adored each one of them.

He is survived by his beloved wife of  48 years, Christine; his son, Jon and his wife, Ashley of Los Angeles, CA; his two daughters, Caryn Potenza and her husband, George Barlow of Spokane, WA and Tini Sellers and her husband, Christopher of Schwenksville, PA as well as six cherished grandchildren, Sophie, Olivia, Jackson, Jakob, Jude and Josie.

A funeral liturgy and celebration of Tom’s life will held on August 5, 2021 at 9:30 AM at Our Lady of Lourdes Church in Whitehouse Station.

Look inside to read what others have shared
Family and friends are coming together online to create a special keepsake. Every memory left on the online obituary will be automatically included in this book.
View Tribute Book
Share Your Memory of
Thomas
Upload Your Memory View All Memories
Be the first to upload a memory!
Share A Memory
Send Flowers
Plant a Tree