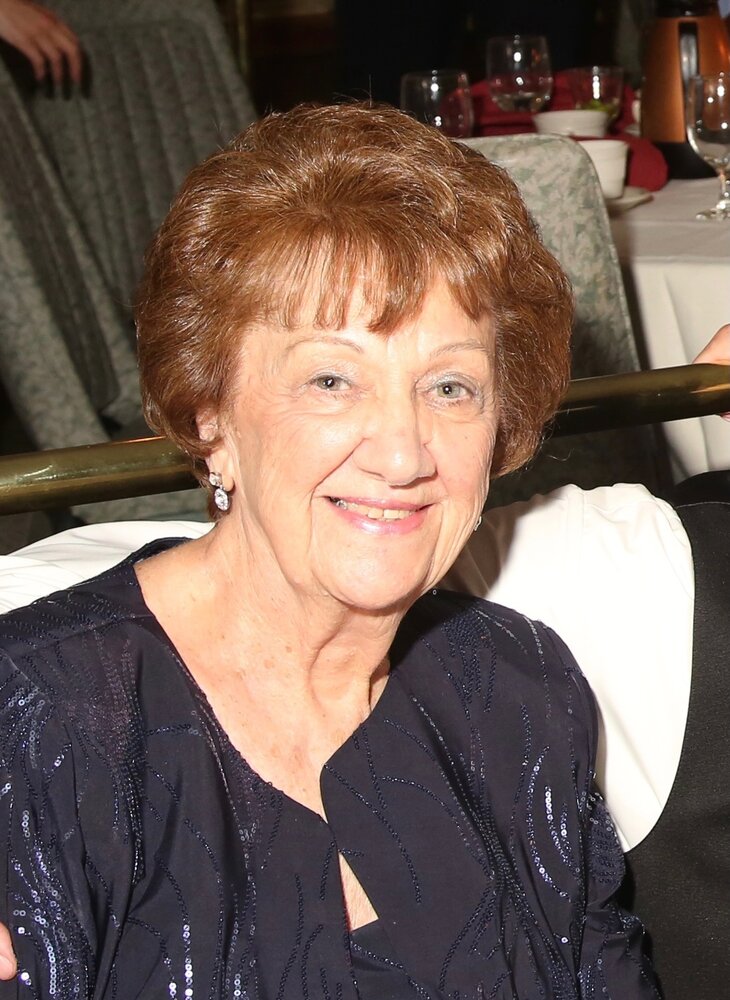 Please share a memory of Gloria to include in a keepsake book for family and friends.
View Tribute Book

Born in Bound Brook, NJ she was the daughter of the late Nicholas and Elenor Peppe.

She grew up in Bound Brook, married William Sanderson in 1948, and moved to Bridgewater.

She worked as a secretary at Union Carbide in Bound Brook before starting a family.  After a time she took a job in Quality Assurance for Ethicon in Bridgewater where she worked until her retirement.

Gloria was a lifelong member of Immaculate Conception Church in Somerville and a longtime member of  the Bridgewater Seniors in Bridgewater.  She was an avid reader and loved to dance, shop, and socialize with her many, many friends.  She was a member of the Roxie's dance troupe in Bridgewater, performing with them until her mid eighties.  She drove a car and lived independently up until six months ago.  Gloria was a light to all and was the life of every party.  She cherished every second she was able to spend with her family and the feeling was more than reciprocated. Her laughter and light will remain in the hearts of all who loved her.

"Grieve not, nor speak of me with tears... but laugh and talk of me as though I were beside you.  I LOVED  you so... 'twas Heaven here with you!"

Gloria was predeceased by her husband, William in 2001.

A funeral liturgy will be celebrated on Tuesday, September 7, 2021 at 10:00 AM at Immaculate Conception Church in Somerville.

The family greatly appreciates the compassion and kindness of Anita's Angels and Hunterdon Hospice for the wonderful care Gloria recieved in her last days.  In lieu of flowers donations are encouraged through IN MEMORY OF at www.inmemof.org/gloria-c-sanderson for the benefit of Hunterdon Hospice.

Look inside to read what others have shared
Family and friends are coming together online to create a special keepsake. Every memory left on the online obituary will be automatically included in this book.
View Tribute Book
Share Your Memory of
Gloria
Upload Your Memory View All Memories
Be the first to upload a memory!
Share A Memory
Send Flowers
Plant a Tree