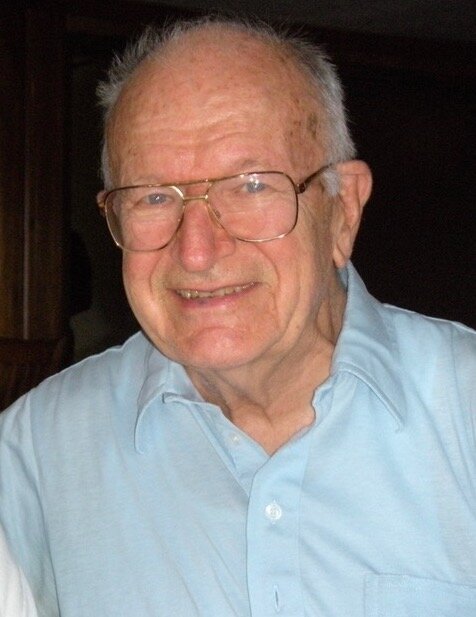 Please share a memory of Walter to include in a keepsake book for family and friends.
View Tribute Book

Walter attended Benjamin Franklin High School and DeWitt Clinton High School in NYC, graduating in 1936. He played basketball and baseball at the Polish club during high school and handball at lunchtime. Walter started working for GAF in NYC in 1938.

He was drafted into the Army January 15, 1942, reporting first to Fort Dix processing, then to Fort Monmouth. In July 1942 he toured the United States demonstrating various types of Signal Corps equipment (communications) with the Army War Show. In 1943 Walter returned to Fort Monmouth as a radio intercept and surveillance operator. He learned Morse code, how to type and decipher.  He graduated as a fixed station operator with top secret clearance and was sent to the Aleutian Islands. In 1944, Walter returned to Fort Monmouth to attend OCS and received his commission as second Lieutenant. In 1945 he was assigned to the Pacific theatre, Hawaii, Guam, and Saipan, returning to the US in February 1946 to be discharged with a rank of First Lieutenant. He remained in the military reserve until 1953.

After the war, Walter returned to GAF as a sales correspondent in NYC and ended up working at GAF for 49 years.   He married Catherine “Kay” Czar on July 3, 1948, in Pittston, PA.  Kay and Walter started their married life living in the Bronx but moved to Kenilworth, NJ in 1950 when GAF moved Walter's job there. They remained in Kenilworth for 24 years, where all 3 of their children were born. In 1975 GAF opened an office in Wayne, NJ and they moved to Wayne.

While in Kenilworth, he was the assistant director to civil defense and a Board of Education Member for 3 years.  A parishioner of St Theresa’s Church in Kenilworth, he joined the Knights of Columbus and ran the Social Club for the church for several years.  For 15 years he volunteered during tax season helping seniors with their income tax.  He also coached little league baseball, was in a bowling league and played softball. He was an avid fisherman, especially enjoying the Atlantic Highlands, and Belmar, NJ as well as Hunterdon County fishing holes.

In 2004 he and his wife moved to Flemington, NJ where he became a trustee for Flemington Fields Association. In 2014, he and his wife of 66 years moved to Independence Manor in Flemington. His wife died on January 28, 2015. Walter is survived by his daughter, Deanna Dudzinski of Bonita Springs, FL, and sons, Walter Jr. and wife, Leslie of Clinton, NJ, and Edward and wife, Denise of Whitehouse Station, NJ, his 6 grandchildren: Nicole and husband, Charles Kast, Jessica and husband, Michael Mills, Jennifer Dudzinski, Brian Dudzinski, Natasha and husband, Jesse Collinski, Matthew Dudzinski and 8 great grandchildren: Yoni, Baruch, Hadassah, Henry, Carter, Caleb, Madison, and Joseph.

Friends may visit with the family on Wednesday, November 3, 2021 from 10:00 to 11:00 AM at St. Elizabeth Ann Seton Church, 105 Summer Road, Three Bridges, NJ 08887.  A funeral liturgy, which will be live streamed, will immediately follow at 11:00.  There will be no calling hours at the funeral home. Burial will be in St. Magdalen’s Cemetery.

Please click on the livestream link below to view Walter Dudzinski's funeral mass:

Look inside to read what others have shared
Family and friends are coming together online to create a special keepsake. Every memory left on the online obituary will be automatically included in this book.
View Tribute Book
Share Your Memory of
Walter
Upload Your Memory View All Memories
Be the first to upload a memory!
Share A Memory
Send Flowers
Plant a Tree