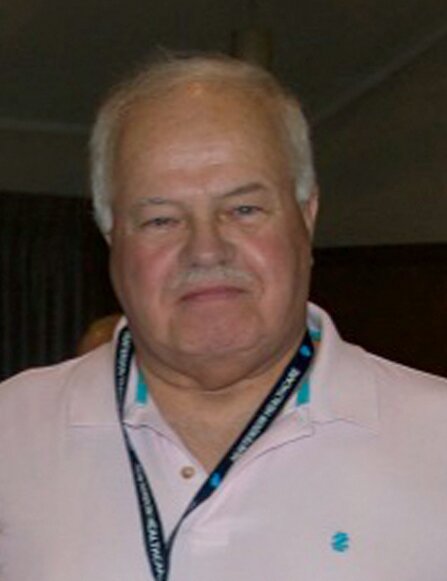 A well respected “Gentle Quiet Giant”. A hero to the many lives he touched and saved.

Walter was a lifelong Whitehouse resident. He was fun-loving, selfless, loved by everyone, had a smile that could warm the coldest of rooms immediately, and was always there to lend a shoulder to cry on or an ear to listen. He always put others before himself which was evident in his multiple forms of community service. Walter lived an extraordinary life through many adventures: scuba diving, snorkeling, boating, fishing, hunting and traveling. He was a loving and devoted husband who enjoyed his home and loved playing and chillin with his beloved dog Sadie. He was loved and respected by his immediate family, extended family, friends and co-workers.

He started his career as a school crossing guard at the age of 11. He volunteered at the East Whitehouse Fire Department and in 1967 he became a volunteer member of the Whitehouse Rescue Squad and had served as Captain and President.

Walter graduated in 1966 from Hunterdon Central High School. In 1970 he graduated from The New Jersey Police Academy in Sea Girt. Following graduation he became a member of the Readington Township Police Department. He was also a certified scuba diver and provided emergency water rescue.

He received a Certificate of Appreciation September, 2017 from the NJ Department of Health in recognition for 50 years of providing Emergency Medical Services to Hunterdon County and the residents and visitors of NJ.

He was predeceased by his parents Walter (1976) and Lillian Miller Stepanchuk (2010).

Friends may visit with the family on Monday December 6, 2021 from 4pm - 7pm at the Kearns Funeral Home, 103 Old Highway 28, Whitehouse.   A private funeral service will be held  on Tuesday at 11:00am inside the funeral home. After the private indoor service, a public honorary procession including first responders will commence.  All are welcome to participate.  Please be in the funeral home parking lot by 11am.