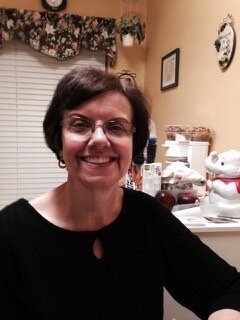 Please share a memory of Janet to include in a keepsake book for family and friends.
View Tribute Book

Born in Newark, New Jersey she was the daughter of the late Bernard and Inez Helme. Janet lived in Roselle Park, Westfield, and Mountainside before relocating to Hillsborough.

Janet was employed for J.L. Hammett and the Cranford School system for many years as an Executive Secretary.

She dedicated her life to caring for her family and was a beloved aunt to her three nieces and a nephew. Janet loved to bake, listen to music, and spend time with her dearest and closest friend Maryann Reilly and her family.

Friends my visit at a gravesite ceremony at St. Gertrude’s cemetery at 11:00AM on Saturday, December 11th or streaming live on Facebook on the Kearns Funeral home website.

Look inside to read what others have shared
Family and friends are coming together online to create a special keepsake. Every memory left on the online obituary will be automatically included in this book.
View Tribute Book
Share Your Memory of
Janet
Upload Your Memory View All Memories
Be the first to upload a memory!
Share A Memory
Send Flowers
Plant a Tree