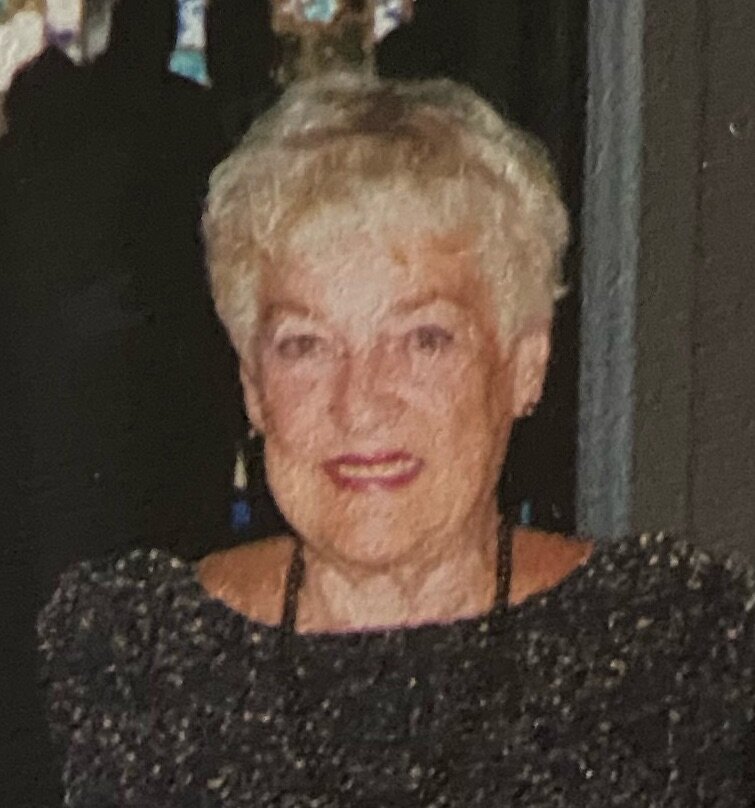 Please share a memory of Eila to include in a keepsake book for family and friends.
View Tribute Book

Orlando and Rose Olgiati welcomed Eila into their lives on March 31, 1927 in Rockville Centre, NY. Eila graduated from St. Agnes High School in Rockville Centre in 1945.  During her high school years, she first met the love of her life, Edmund J. Powers, Jr, while he was lifeguarding at the beach she frequented.  While Ed served his country in the US Navy, Eila pursued a career in nursing. Eila received her RN degree from The College of Mount Saint Vincent in 1948.

Eila and Ed married on May 29, 1948. Together they raised their four children in their home on Long Island in East Meadow, NY. While her children were growing up, Eila also loved bringing babies into the world as a Labor and Delivery nurse at Mercy Hospital in Rockville Centre, New York.  She retired from nursing in 1983, to spend more time with her husband, children and grandchildren.

In retirement, Eila and Ed became full time Florida residents. Eila enjoyed crafting, winning at card games, reruns of M.A.S.H., and a good gin martini. Eila was an avid knitter, and happily gifted beautiful handmade Christmas stockings to her entire family.  She continued this tradition as her grandchildren grew, married, and added great-grandchildren to her lineage. Eila spent her final years in New Jersey closer to her family.  She was able to experience the love of all her children, grandchildren, and great-grandchildren until God called her home.

Eila is predeceased by her husband of 47 years, Ed, and her son Stephen. Eila is survived by her daughter Debbie and her husband Jim Lynch, her son Brian, and his wife Patty, and her son Terry.  Eila also leaves behind 15 grandchildren and their spouses, Andrew(Lisa), Brendan(Holly), Stephen(Lauren), David(Christin), Dan(Meghan), Kieran(Colin), Michael(Kaitlyn), JJ(Stephanie), Katelyn(Christopher), Ryan(Meghan), Sean(Sarah), Courtney(Kevin), Kelly, Conor and Kyle.  Eila was also blessed with 24 great-grandchildren including two on the way.

A Funeral Mass will take place on Tuesday, December 21, 2021 at 10:00 AM at Immaculate Conception Church, Annandale, New Jersey.

Look inside to read what others have shared
Family and friends are coming together online to create a special keepsake. Every memory left on the online obituary will be automatically included in this book.
View Tribute Book
Share Your Memory of
Eila
Upload Your Memory View All Memories
Be the first to upload a memory!
Share A Memory
Send Flowers
Plant a Tree