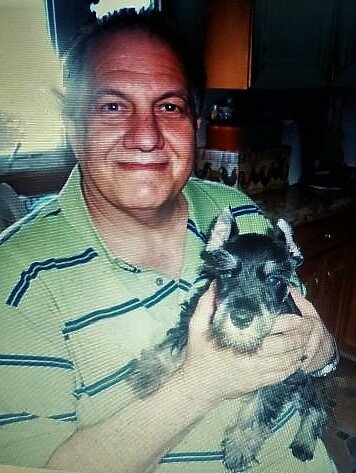 Please share a memory of John to include in a keepsake book for family and friends.
View Tribute Book
John J. Sparatta - Frenchtown, NJ.
John Sparatta, age 66, passed peacefully into eternal life on December 18, 2021.
John was born in Somerville, grew up in Whitehouse and attended the Hunterdon Central Regional School system.  John was a retired CIA-trained chef.  He worked at and owned numerous establishments.  He started his career as Executive Head Chef at the famed Ryland Inn located in Hunterdon County, NJ and ended his career as Executive Regional District Manager for Compass Group USA.   During his career John had prepared gourmet meals for many celebrities and dignitaries including Frank Sinatra, Elizabeth Taylor, and President Ronald Reagan, to name a few.
Although John was retired he continued creating culinary delights at home for family and friends.  Cooking and making people happy was his passion.  John was an avid New York Yankees and Cleveland Browns fan.
John was predeceased by his parents, Olga and Joseph Sparatta; his sisters, Linda Hood and Janet Akerley.  John is survived by his loving wife of 25 years, Marilyn (Donovan), his daughter Mariana and her husband, Masa Taguchi and their son, Kai, of Okinawa, Japan; his son, Joseph and his wife, Emilia, along with their children, Hunter and Parker of Richmond, VA.  John will also be sadly missed by his brother, James and his wife, Sandra of Flemington; his sisters, Donna Sparatta, and Maryann Sparatta, both of Wellsville, NY, and Theresa Forster, of Easton, PA.   In addition, John will forever be in the hearts of his brother-in-law, Robert Donovan and his companion,Barb Arvanitis of Whiting, and his sister-in-law, Alice Olson and her husband, Stan, of Monmouth Junction, plus many cherished nieces, nephews, extended family and friends.  And of course his best bud, Fritz, a more loyal canine companion a man could not have.
In accordance with John's wishes services will be private.  In lieu of flowers a memoriam in John's name would be greatly appreciated to St. Hubert's Animal Welfare Center, 575 Woodland Avenue, Madison, NJ  07940, or  www.sthuberts.org.