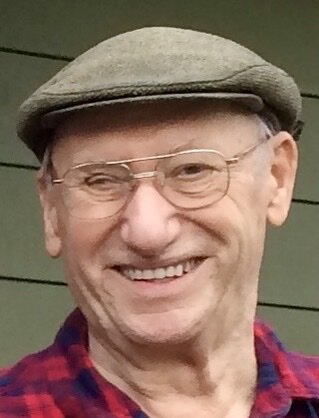 Obituary of Peter A Nicoletti

Please share a memory of Peter to include in a keepsake book for family and friends.
View Tribute Book

Peter A. Nicoletti, 87 of Whitehouse Station died Sunday February 20, 2022 after a short illness. Born January 19,1935 in Brooklyn, NY, he was the son of the late Peter Jerome and Anna Elizabeth Fleming Nicoletti.

Peter served in the U.S. Air Force from 1952-1956.  He served in Korea during the war, ending his service at the McGuire Air Force Base, Lakehurst, NJ.

Peter worked many years as a bartender at local establishments such as The Union Hotel, The Shamrock, Uncle Sam’s, The Wonder Bar and The Corner Pub in Bound Brook.  He retired in 2000 from Edward’s as a baker in Union Local 1262.

Peter was well known for his quick wit and sarcasm and was someone family and friends could always count on.  His hobbies included playing cards, Western Movie trivia and watching old time TV such as Andy Griffith with his wife and family.

He is survived by his beloved wife of 65 years Marianne (Aversano) and his children Anna Meade (Rich), Marianne, Thomas (Becky), Vincent and Dominick.  He was predeceased by his son Peter in 2020.

Burial will be at the Reformed Church at Readington, Readington N.J.

In lieu of flowers, donations may be made in memory of Peter to the St. Jude Children’s Research Hospital at www.stjude.org.

Look inside to read what others have shared
Family and friends are coming together online to create a special keepsake. Every memory left on the online obituary will be automatically included in this book.
View Tribute Book
Share Your Memory of
Peter
Upload Your Memory View All Memories
Be the first to upload a memory!
Share A Memory
Send Flowers
Plant a Tree