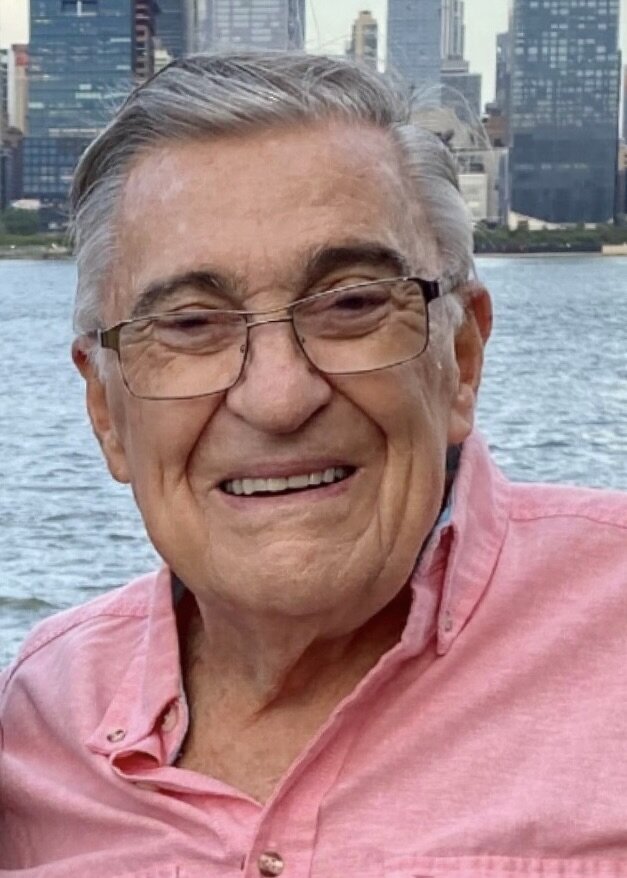 Please share a memory of Frank to include in a keepsake book for family and friends.
View Tribute Book

Born in Brooklyn, New York, he was the son of the late George and Ruth Gibbs.

Frank lived in Whitehouse Station for 15 years before moving to Bridgewater a year ago.  He previously resided in Parsippany, NJ, where he raised his children.  He also lived in Toms River, NJ, and spent several treasured years in Steuben, ME.

He was a graduate of Columbia University, proudly served as an officer in the U.S. Navy, and worked as a Managing Director for Manufacturers Hanover Trust in New York City until his retirement in 1992.  He was a member of the Morristown Unitarian Universalist Fellowship in Morristown.

Frank was a born leader with a passion for helping others.  He spent many years as a devoted caregiver and volunteered his time to local community organizations throughout his life.  In retirement, he used his organizational skills to head the maintenance committee at the Four Seasons in Whitehouse Station.  Frank was also an avid traveler and lover of nature.  He visited countries in Europe, Asia, Africa, the Middle East, North and South America, and Australia, and enjoyed many outdoor activities including kayaking, hiking, photography, and astronomy to name a few.

He was predeceased by his brother, Stanley Gibbs.

Frank is survived by his beloved wife, Karen, to whom he was married for 59 years; his son, David Gibbs and his wife Donna of Jackson, NJ; and his two daughters, Jennifer Gibbs and her husband Jean-Pierre of Colmar, France, and Lauren Takacs and her husband Lou of Bridgewater; and his five grandchildren, Elizabeth and Vanessa Gibbs, Julien Gibbs, and Danielle and Michael Takacs.

Burial will be on Thursday at 9:30 AM at Washington Crossing National Cemetery in Newtown, PA.

Look inside to read what others have shared
Family and friends are coming together online to create a special keepsake. Every memory left on the online obituary will be automatically included in this book.
View Tribute Book
Share Your Memory of
Frank
Upload Your Memory View All Memories
Be the first to upload a memory!
Share A Memory
Send Flowers
Plant a Tree