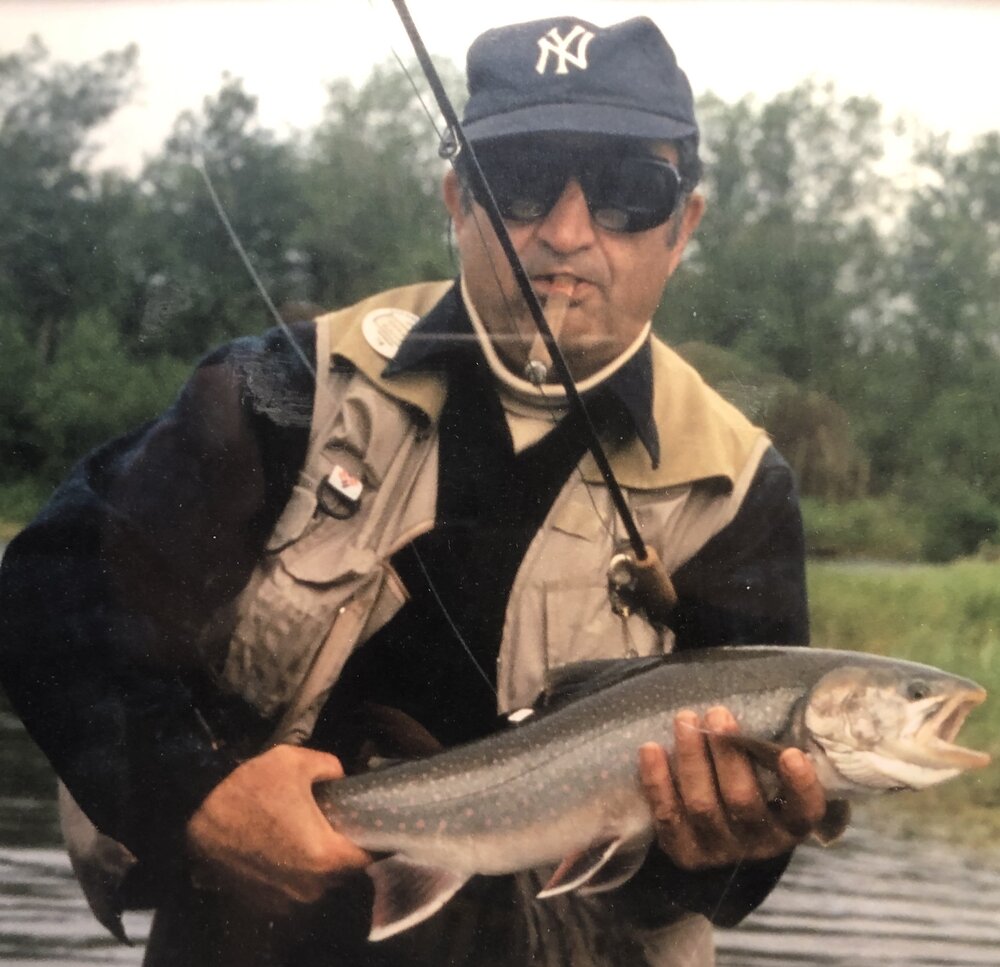 On May 29 NJ lost one of its most interesting and accomplished high school drop outs. Constantine Kallas succumbed to complications from Alzheimers surrounded by his family.

The son of Greek immigrants, he was born April 2, 1926 in Newark. The family struggled through the depression and never went on a vacation. Connie worked alongside his 2 brothers and sister in his parents’ restaurant. Like good Greeks they grew tomatoes & basil on the fire escape, and made their own yogurt. In his junior year at Central High Connie swept classmate Sally Burke off her feet on their first date on Valentines Day. They have been together ever since! She has fond memories of eating salads with his family on the porch in the hot summer evenings after finishing work at the restaurant.

Like many young men of that generation he had to cut his education short to help with the family restaurant. He was president of his class at the time, enjoying working on the yearbook. His military service started as soon as he turned 18. He was wounded in combat in Germany and sent to England to recover. He then worked as a cartoonist on the military newspapers. Upon his return in late 1945 he soon married Sally, and took advantage of the GI Bill to attend night school, while working during the day. These were busy years. He started Ariston, a screen printing sign & display business, employing many of his Central High classmates. Their first child, David, arrived in early 1949 as the business was taking off. They moved to Livingston, purchasing a small house with help from GI housing benefits. There, 3 more children were born and Ariston kept thriving. In 1959 they moved to a larger house in Verona.

CK, as he was known to friends, was deeply committed to the idea that the American Dream was possible for anyone who worked hard. Connie witnessed his father giving donuts and coffee to homeless people during the depression and treating his employees fairly. He took these lessons seriously when he became an employer himself. He also witnessed inequality towards Black Americans in the military and felt deeply empathetic to his minority employees who worked hard to help Ariston prosper. To ensure a sense of security to his employees he offered a profit sharing plan, a good health plan, interest free loans towards the purchasing of a home, and a no layoff policy during slow times. He made an effort to know all employees and many times helped them through personal difficulties. Employees often went fishing together early Sat. mornings and would come back to the Verona house to play chess and talk.

Sally & Connie were active members of the Verona Democratic party and made lifelong friends there. They were true children of the depression, Roosevelt Democrats committed to the greater good, responsible civic engagement with the informed participation a healthy democracy requires. CK managed to alienate every Conservative in Verona with his whimsical satire of Barry Goldwater (In Your Heart You Know He’s NUTS bumper stickers), and later with his serious opposition to the Viet Nam war, marching twice in Washington DC with the Caldwell Presbyterian congregation. These were incredibly lively, social years. There were wonderful trips to Long Beach Island with Verona friends and families, filled with lively poker games, surf cast fishing, and Connie’s great cooking. CK always had a mischievous gleam to his green eyes, looking for the humor and irony in every situation.

Utterly dispirited in 1971 by the untimely death of their youngest son Peter after a long illness, Sally & Connie made a major shift in their lifestyle — moving to rural Hunterdon County. Connie commuted to Ariston daily, but filled his spare time with fishing, hunting, raising Brittany Spaniels, cooking and gardening. Very soon, they added a new group of interesting friends to their lives.

Connie retired in 1993. When he sold Ariston it had grown from a few employees to almost 200, and was producing fleet markings for many of the largest companies in the country. Connie’s retirement was busier than his working years! He went on fishing trips to Alaska with fishing buddies. His fly fishing evolved to a higher level and he had more time for tying his own flies. He earned his Master Gardner’s certification and made a truly wonderful group of friends among fellow MGs. He entertained the Hunterdon/Somerset MG group with his witty “Gerry Attrick” column in their newsletter with tips for gardeners. He enjoyed many years participating in the Speakers Bureau and MG annual plant sale. His garden was often on the Spring Garden Conservancy tour. Throughout all these pursuits he also was a voracious reader and keenly followed current events with Sally. They both were lifelong readers of history, culture, and award winning fiction. They cooked fantastic meals together daily, always using seasonal fresh ingredients. Connie probably made a fresh salad every night of his life!!

Up until the onset of Alzheimers a few years ago he remained engaged in all his interests. He had the Greek love of life and “passionate” opinions. His actions offered his children many gifts: the joy of generosity, deep appreciation of nature and respect for the environment, and a sense of empathy for others less fortunate. He was truly larger than life.

Due to the latest surge of covid we regretfully have decided on a private burial. A celebration of his life is planned for a safer time.

A Memorial Tree was planted for Constantine
We are deeply sorry for your loss ~ the staff at Kearns Funeral Home
Join in honoring their life - plant a memorial tree
Share Your Memory of
Constantine
Upload Your Memory View All Memories
Be the first to upload a memory!
Share A Memory
Send Flowers
Plant a Tree