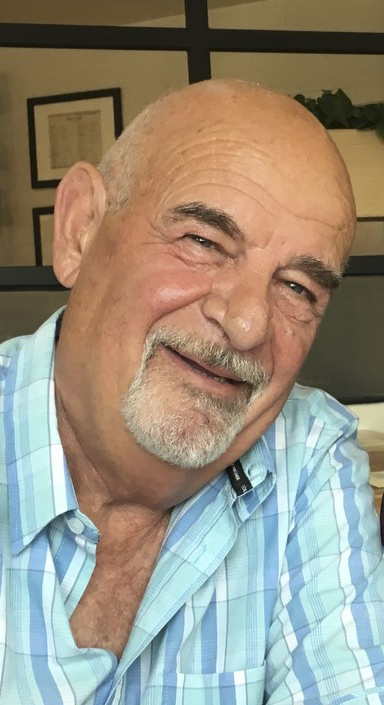 Please share a memory of Charles to include in a keepsake book for family and friends.
View Tribute Book

Charles Marvin Kaufman, loving husband, father, grandfather, and friend passed on July 13, 2022 at the age of 76.

Charlie was born on November 17, 1945 to Holocaust survivors Otto and Ruth Kaufman. He was raised on the family farm in Skillman, NJ, and studied at Kansas State University and Delaware Valley College of Science and Agriculture before moving back to support the growing operation. In 1973, Charlie embarked on a new chapter after purchasing Werner’s Appliances in Flemington with his former wife, Erica.

Charlie’s charismatic personality soon had him on the road as a distributor rep, selling high-end appliances across NJ. (If you ever needed directions, just ask him!) He moved to Frenchtown and married Barbara, his wife of 30 years who pre-deceased him. During his career in sales, he made lifelong friends, gave out thousands of Werther’s Originals, and even found a daughter-in-law.

Charlie was happiest when he was building and fixing, whether it be the renovation of the original Jewish Community Center in Flemington, a new family home in Alexandria Township designed by his son, an epic makeover and expansion of an historic Victorian in Seaside Heights, or his retirement house in Murrells Inlet where he quickly earned the dubious honor of neighborhood handyman. And he loved a good steak, an oyster shooter, and a little (or big) cigar.

After a winning battle with cancer, thanks to pioneering researchers at Dana-Farber Institute, Charlie was able to live out his retirement dreams. At home, he was dedicated to his close-knit circle of friends, which never went a day without taking care of each other. One of his favorite things was relaxing on the front porch with them and lest we forget “guys lunch” every Wednesday at noon. But nothing beat being on the road in his RV with his beloved wife Toni, traveling the country from New Mexico to Florida to New York and everywhere in between.

Charlie will be remembered for his loving heart, generous spirit, strong will, and smiling hazel eyes.

He is survived by his wife Antionette Kaufman, four children Robert, William, Ronald, and Amy Kaufman and their spouses, nine grandchildren and three nieces, as well as Toni’s two sons, daughter, six grandchildren, and great-grandchild.

Friends and relatives may visit with the family on Wednesday July 20 from 4:00 to 7:00 pm at the Kearns Funeral Home, 103 Old Highway, Whitehouse, NJ. A funeral service will be held on Thursday July 21 at 10:30 am at Somerset Hills Memorial Park, 95 Mount Airy Road, Basking Ridge, NJ.

A celebration of Charlie’s life will also be arranged in Murrels Inlet, South Carolina, date to be announced.

Look inside to read what others have shared
Family and friends are coming together online to create a special keepsake. Every memory left on the online obituary will be automatically included in this book.
View Tribute Book
Share Your Memory of
Charles
Upload Your Memory View All Memories
Be the first to upload a memory!
Share A Memory
Send Flowers
Plant a Tree