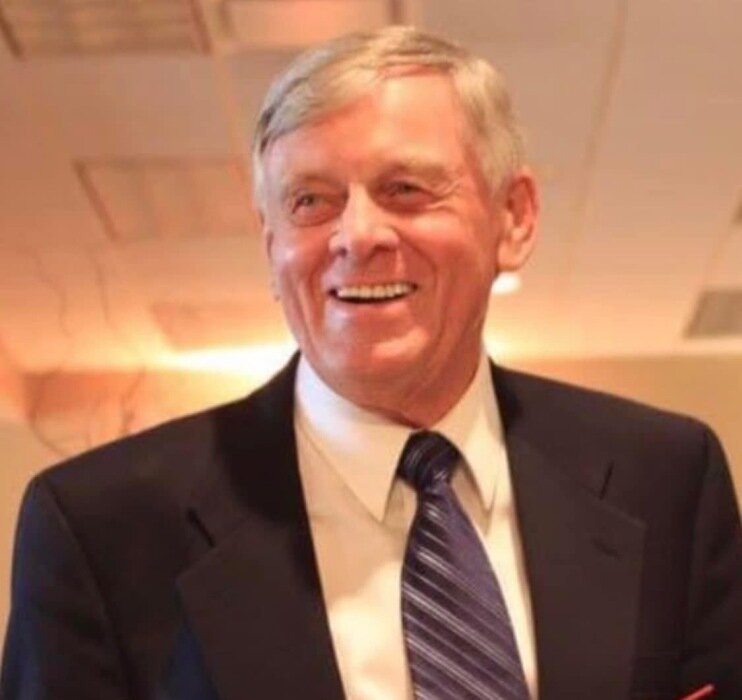 Please share a memory of Allen to include in a keepsake book for family and friends.
View Tribute Book

Allen Joseph Keegan, 85, went to be with the Lord Sunday August 21, 2022. Allen was born February 15, 1937 in Kalamazoo, MI, son to the late Donald Lyle Keegan Sr. and Ione (Newlun) Keegan. He graduated from Saint Augustine High School, Class of 1955. Following, Allen proudly served in the United States Marine Corps, instructing radio telegraph operator instructing morse code. He then began working at Beneficial Corp., where he stayed for over 40 years until retirement. He worked throughout Michigan until being relocated to Beneficial Management headquarters in Peapack, New Jersey. While working, he went on to earn his Bachelor’s of Science in Business from Farleigh Dickinson University. He completed additional graduate/professional education for management of corporate real estate at MIT and University of New Hampshire Whittemore School of Business and Economics.

When not working, Allen loved nothing more than being on the golf course. He took golf on as a second job in retirement in beautiful Ocean Isle Beach, North Carolina, where he could play year-round for the better part of 20 years, until recently when he settled in Ocala, Florida for the remainder of his golden years. During his tenure, he was better known by names Oak Hill Ace and Mr. Par 3 and for his unique putting routine, “The Keegan Shuffle.” He was known for his gift of gab and for telling stories, often the same ones. He loved playing games with his friends and family, though you had to watch him closely and call him on his blarney (especially in scrabble “felinish”). When nestled at home, he would have a vice grip on the TV remote flipping between the golf channel, old westerns, and good hallmark movies, for which he had tender heart and affinity.

He was a devout Catholic and active member at St. Bernard’s Church in Bridgewater, New Jersey for many years, including being a Eucharistic Minister, leading bible study, pre-cana, and men’s Cornerstone retreats. He has most recently been attending Queen of Peace in Ocala, Florida. He would be found saying the rosary nightly.

Allen was a loving and devoted husband, father, grandfather, great grandfather, uncle, and friend. He was known for his smile and loving heart. On June 24, 1967, Allen was united in marriage to Judith Evelyn (Thompson) Keegan, who survives him. They recently celebrated their 55th wedding anniversary and were still seen holding hands and dancing like newlyweds. He is also survived by his son Kirk Keegan and his wife Diane, of Missoula, Montana; his daughter Kara Keegan and her fiancé Daniel Scheeler of Addison, Texas; his granddaughter Kat Keegan and her soon to be husband Brady Bartlett; grandson Travis Keegan; great granddaughter Lexi; sister Deborah (Keegan) Millek; brother Phillip Keegan; sister-in-laws Katy (Keegan) Thomasma and Wilma Chadderon; brother-in-law Tim Long; as well as all of his many beloved nieces, nephews, and countless friends. (As an Irish Catholic family, there are just too many to list.)

Interment with Military Honors will be held on Tuesday, August 30, 2022 at 11:00 AM at Rural Hill Cemetery, Whitehouse, NJ next to his beloved daughter Jenny.

Look inside to read what others have shared
Family and friends are coming together online to create a special keepsake. Every memory left on the online obituary will be automatically included in this book.
View Tribute Book
Share Your Memory of
Allen
Upload Your Memory View All Memories
Be the first to upload a memory!
Share A Memory
Send Flowers
Plant a Tree