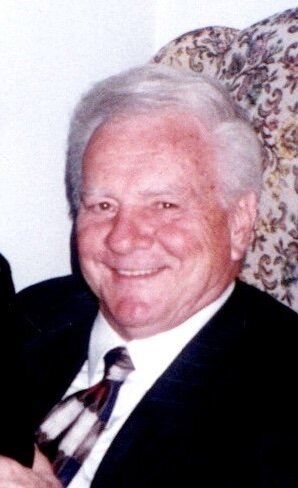 Born in Newark, New Jersey, he was the son of the late Frank and Anna Bladis.

Richard was a resident of Warren for 25 years before moving to Whitehouse Station in 2005.

He was a proud Veteran of the Korean War serving in the United States Army, earning 2 Bronze Stars.  He was an Executive for the Atlantic Metal Products Inc. in Springfield before his retirement in 2005.

Richard was a member of St. Mary’s Stone Hill Church in Watchung before joining Our Lady of Lourdes Church in Whitehouse Station.  He was an avid golfer and enjoyed memberships in several golf clubs in the area as well as in FL.  He appreciated the art of collecting and accumulated collections of cars, stamps, coins, and autographs to name a few.  Richard and his wife led a wonderful life and were fortunate to have traveled the world together.

He is survived by his beloved wife of almost 46 years, Barbara; his daughter, Christine Dannunzio and her husband, Jimmy of Warren; his son, Ken and his wife, Lynn of Sayreville; his 5 grandchildren, Victoria, Jeffrey, Joyce, Alexis, and James and his 5 great grandchildren, Carmela, Luca, Fordam, Gino and Raelyn.  He is also survived by his sister-in-law, Diane Garrenger and her husband, Robert of LBI and his nephews, Robert and Christopher Garrenger.

A funeral liturgy will be celebrated on Friday, September 2, 2022, at 9:30 AM at Our Lady of Lourdes Church in Whitehouse Station.

Entombment will be in Hollywood Memorial Park in Union.

In lieu of flowers, donations may be made through IN MEMORY OF at www.inmemof.org/richard-p-bladis for the benefit of St. Jude Children’s Research.