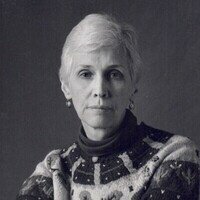 Jessie emigrated with her parents and older sister from Scotland to Cleveland, Ohio in 1954, where her father, John Lennox joined his older brothers in the engineering department at the Ford Engine Foundry. Residing in Parma Heights and Brookpark, she graduated from Midpark High School. From there she attended Cedarville College then graduated from The Ohio State University in 1968.

She married Gregor Mehaffey on August 16, 1969 and moved to New Jersey living successively in Teaneck, Lyndhurst, Hackensack, and then Oradell, New Jersey in 1985, before retiring to Parrish, Florida in 2010.

Jessie had a fruitful and fulfilling career as a 10th grade English teacher at Hackensack High School in New Jersey where she impacted many with her wisdom and guidance. She was an avid reader, a talented seamstress, an impressive cook and a musician and would often play her violin at her church. Her life was centered on her love for Jesus Christ, her Lord and Savior and on her loving family.

A private graveside service will be held on Thursday, October 13, 2022 at the Readington Reformed Church Cemetery. A service to which all are welcome will be held on Friday, October 14, 2022 at 10:00 A.M. at Hawthorne Gospel Church,  2000 NJ- 208 Hawthorne, New Jersey 07506. In Lieu of flowers the family asks that donations be made to the Neuro Challenge Foundation.