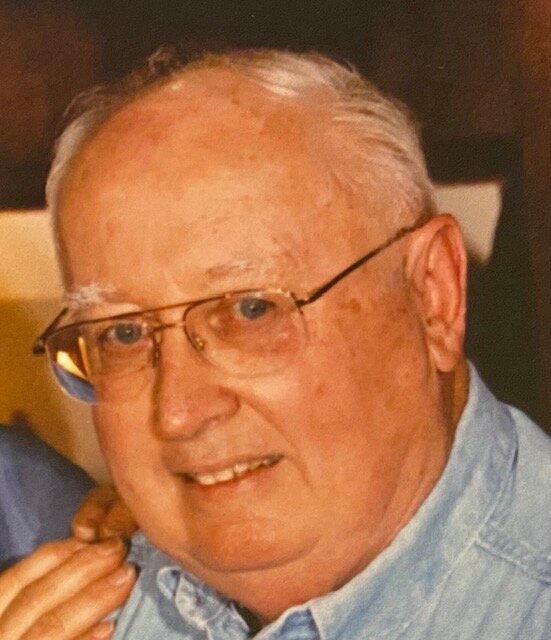 E. Patrick McGuire of Clinton NJ passed away on Tuesday, November 15, 2022.  Pat was born in Jersey City, NJ on March 17, 1932.  He moved to Mountainside NJ in 1935 where he attended grammar school and attended high school at Holy Trinity School in Westfield.  Pat proudly served his country during the Korean War as an engineer on the Coast Guard cutter Half Moon, patrolling the coast and North Atlantic.

After returning from service, Pat married the love of his life, Kathryn , moved to Bernardsville NJ and started his family. While working as a salesman for Swift Chemical Co, he attended Rutgers University to complete his Bachelors Degree.  He also attended Norwich University and received two Masters Degrees in Psychology and Public Health.  He would later serve on the faculty of Rutgers, teaching classes in Business Administration.

While continuing to work in sales and marketing for companies such as Borden Chemical Co and Swift Chemical Co, Pat pursued his love of writing and began writing a series of 34 technical books, articles and research reports.  His favorite book project was “The Forgers”, which profiled many well known forgery cases.  The book was widely used by national law enforcement agencies.  As a result, Pat served as a forensics consultant to the FBI and US Department of Justice.  He lectured at numerous universities including  Harvard, Ohio State, and University of Wisconsin.

In 1969, Pat joined the Conference Board, the nation’s largest economic research organization.  He became the Conference Board’s Director of Corporate Relations Research and was responsible for the creation of numerous vital research projects and business conferences.  He continued at the Conference Board until retirement.  Post retirement he went on to serve as an expert witness and consultant in the area of product safety and product recall, as well as serving as a consultant to the CDC and National Institute of Health.

Throughout his life, Pat enjoyed a variety of hobbies.  He loved woodworking and making furniture and gifts for all of his children and grandchildren.  He was an avid artist, painting landscapes, wildlife and portraits in acrylics and watercolors.  Pat also had a passion for airplanes and received his pilot’s license. He especially enjoyed spending time with family whether it was for holidays or vacations in Cape May or anytime someone was serving mince pie.

After moving to Clinton in 1995, Pat served as Vice-Chairman of Clinton’s Planning Board and a Trustee of the Red Mill Museum.  He also built and donated a variety of display furniture for the Red Mill.

A funeral mass will be celebrated on Tuesday at 10:00 AM at Immaculate Conception Church, Annandale.

In lieu of flowers, the family asks that donations be directed to South Branch Emergency Services at www.sbes365.org

A Memorial Tree was planted for Edward
We are deeply sorry for your loss ~ the staff at Kearns Funeral Home
Join in honoring their life - plant a memorial tree
Share Your Memory of
Edward
Upload Your Memory View All Memories
Be the first to upload a memory!
Share A Memory
Send Flowers
Plant a Tree