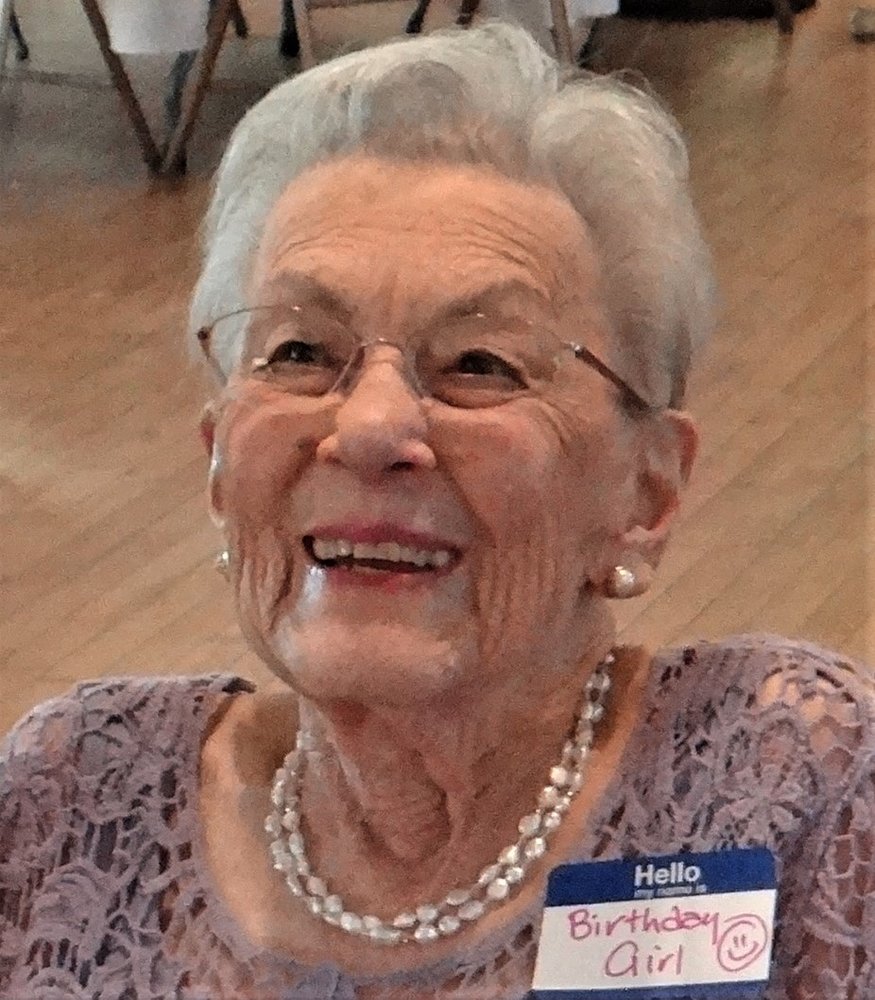 Grace Venable Richards Peters died on December 3, 2018. She was 100 years old on April 1, 2018. A dedicated wife, mother and scientist, she succumbed to a long struggle with heart failure. She and her late husband, Theodore J. Peters, moved to Readington in the fall of 1945, to the home where she lived for 73 years until her death. Grace and Ted lovingly restored the historic farmstead and permanently preserved its 68 acres under New Jersey’s Farmland Preservation Program. They were very active in Township planning and committee work.

A New Jersey native, Grace counted among her Hunterdon County ancestors the families of the Venables, the Barcrofts, and the Coryells, all through her mother Annie Venable Richards. Her father, Thomas Edward Bennetto Richards, born in London, lived most of his life in New Jersey, where he and Annie raised Grace and her four siblings.

A graduate of Westfield High School and Cranford Junior College, she earned a BS at Philadelphia College of Pharmacy and Science in 1939.  She then worked at Merck Institute of Therapeutic Research, working on Vitamin K and on an artificial substitute for quinine during World War II. After a respite to raise her two daughters,  she worked for Preservaline Mfg. Co.,  and then for Ortho Pharmaceutical Company (Johnson and Johnson). There she went on to a distinguished 30 year career as a senior scientist, working on projects developing birth control pills and erythropoietin. She was extolled by proclamation to recognize her 100th birthday, when it was resolved that the Township Committee and Township of Readington designated March 31, 2018, as Grace Peters Day in Readington Township.

She is survived by her daughters Elizabeth Peters Blankenhorn, Ph.D.  (Timothy) of Villanova, Pennsylvania and Jeanne F. Peters (H. Dennis Crain) of Columbus, North Carolina, and by her sister-in-law Kay Richards, and fifteen nieces and nephews.

Flowers are welcome or donations may be made through IN MEMEORY OF at  www.inmemof.org/grace-peters to benefit St. Hubert’s Animal Welfare Center or Foothills Humane Society (FHS) a non-profit, No-Kill, open-admission, adoption-guarantee animal welfare organization serving the rural foothills of Polk County, North Carolina and Landrum, Campobello and Gowensville in the northern Greenville and Spartanburg counties of South Carolina.