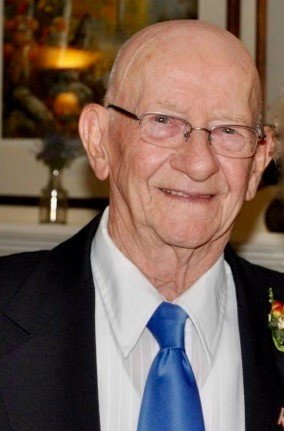 Born in Motherwell, Scotland he was the son of the late Joseph and Sarah Lannigan.

Sam immigrated to the United States in 1949, settling in New Jersey.  He served in the United States Army during the Korean War. Upon his Honorable Discharge he started serving an apprenticeship with the Burroughs Corporation in Warren where he would work as an Engineering Model Maker for 31 years before retiring.  Sam had lived in Plainfield and Lebanon Twp. before moving to Whitehouse Station in 2016.

Sam was a devote member of the Spruce Run Lutheran Church in Glen Gardner, NJ and served on the Church Property Committee.  He loved spending time at the beach and he and his late wife visited Cape May, NJ every summer.  He enjoyed fishing, coin collecting and was a talented woodworker.

Sam was predeceased by his son, Samuel D. Lannigan in 2006 and his wife, Patricia Lannigan who died in 2009.

In lieu of flowers, donations may be made to the Church.